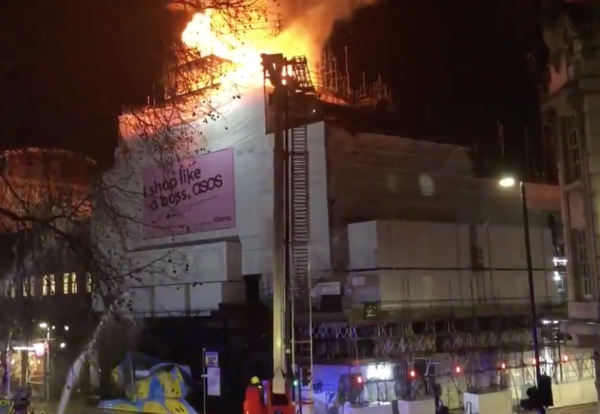 Fire crews have been tackling a large blaze on Camden palace which was formerly known as KOKO’s which was one of Londons most iconic venues.

The contractor Leicestershire based OD Projects is understood to be carrying out the work, which was due to be completed this spring.

The London Fire Brigade said at one point a third of the roof of the building was alight and the rest was luck not to have got up.

Flames and smoke could be seen billowing from the scaffolding in the roof where the blaze had started.

Leader of Camden Council Georgia Gould commented saying: “Heartbreaking watching the Camden Palace / Koko up in flames this evening, a building that holds so many memories and means so much to us in Camden.”