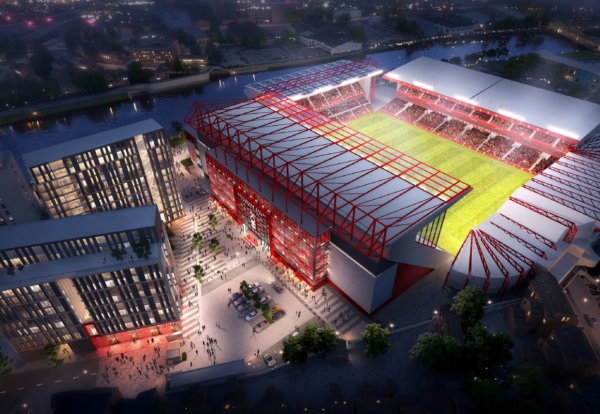 Nottingham Forest aims to start the £100m redevelopment scheme at the end of this season, making the City Ground the largest stadium in the East Midlands after appointing Buckingham to carry out the work.

Plans include building a new Peter Taylor Stand and improvements to the Trentside area, Brian Clough and Bridgford Stands and the areas around the ground.

The new three-tiered stand will include a museum, new club shop and a range of hospitality lounge facilities. When complete The City Ground’s capacity will reach 38,000.

The club unveiled the stadium plan, drawn up by architect Benoy, after an agreement with the City Council for an extended lease on The City Ground.

The project is expected to complete in July 2021.