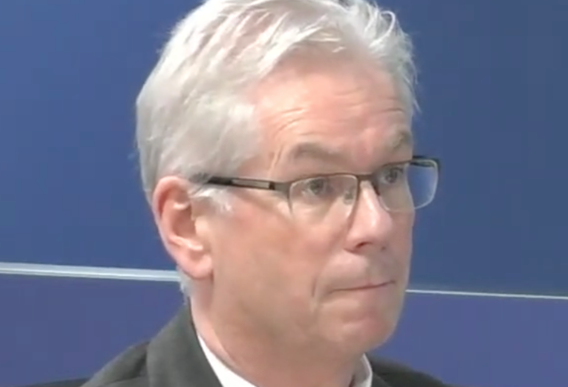 A manager at Kingspsan Insulation told employee to go “F$UCK themselves” in relation to fires safety regarding Kooltherm K15 insulation which was not the correct rating for the Grenfell block of Flats that set ablaze.

One of the contractors Bowmer & Kirkland raised concerns about the fire safety of Kooltherm K15 insulation for use behind cladding for one of its projects back in 2008.

Philip Heath who was Kingspans Insulation technical manager, said builders asking questions were mistaking him for ‘someone who gives a damn’.

He also said in an email that: “I’m trying to think of a way out of this one, imagine a fire running up this tower!!!!!!!! Any ideas. P.S. I don’t do technical on Fridays.”

Bowmer and Kirkland raised the issue with then forwarded the query to facade engineering consultant Wintech then advised Bowmer and Kirkland that Kingspan insulation would not be appropriate for the building due to its fire rating.

Wintech had repeated warnings about the product saying that :“Kingspan keep repeating that the product… is suitable for use in buildings over 18m. What they fail to say is that it is suitable only in the configuration tested,”

An employee hasted concerns about the product and asked if their could be issues after Wintech raised its fire safety concerns, he commented: “Wintech can go f’#ck themselves, and if they are not careful we’ll sue the a’#se [ off ] them.”

Under cross-examination by counsel to the inquiry, Kate Grange QC, asked: “Can you explain why you wrote that, given that Wintech were giving entirely accurate advice to their customers?

Mr Heath then admitted to the Inquiry “It was totally unprofessional, I think it was just frustration that we were going round in circles with them.”

During the inquiry it also emerged that despite failing the fire test Kingspan did not consider withdrawing an insulation product from the high-rise market.

Kingspan changed the make-up of its Kooltherm K15 insulation this was only found out after the inquiry they did this without amending the marketing material in 2005. They also stated that it was suitable for use on buildings over 18 metres and had passed a relevant fire test which it had not.

Mr Heath, still works at Kingspan but in a much more senior role, agreed with the inquiry that there was no valid test evidence during the years 2006 to 2010.

This meant that the K15 produce being sold could comply with building regulations for use over 18m even though it was not actually rated.

Kooltherm K15 was used along with Celotex which was also used in the cladding for Grenfell and was also highlighted as a product that was given the incorrect fire rating.