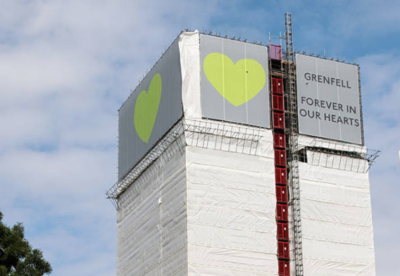 The proposals being introduced will also give the new Building Safety Regulator far-reaching powers to police design, construction and operation of buildings and competence in the industry.

The new government will also have new powers to regulate construction materials and products, while also reforming the building control sector.

The Health and Safety Executive is already setting up the Building Safety Regulator office with the recruitment of a Chief Inspector of Buildings to start shortly.

The draft Building Safety Bill also puts the onus on designers and workers to report any structural or fire safety occurrences which could cause risk to life.

Tough new enforcement powers will see the time limit for both prosecution for non-compliance with building regulations and correction of defects extended from 2 to 10 years.

Both individuals and companies will be liable to prosecution.

Failure to heed compliance or stop notices will be a criminal offence, with a maximum penalty of up to two years in prison and an unlimited fine.

Provision of false or misleading information to the regulator could also result in up to two years imprisonment.

Construction companies will no longer be able to appoint their own building control body on high-risk buildings.

The regulator will also be granted power to strike off building control professionals that fail to perform.

Charis Beverton, a senior associate in the construction team at law firm Winckworth Sherwood commented saying: “The Draft Building Safety Bill represents a substantial shake-up of the fire safety regime nationwide but it may be sometime before the new framework is up and running.

“This is a complex piece of legislation and will ultimately involve a lot of planning and preparation for operators across the industry.  While the Bill may have been widely trailed, only now is the detail of new roles (like the Accountable Person) available, and organisations will need time to adjust in order to fit the new roles and responsibilities into existing structures.

“Government will be eager to have the new system in place before the end of the Grenfell Tower Inquiry, but rarely do politics and industry run on the same timetable.  Implementation will have to be led by the industry who should set out what is possible and, crucially, when.”