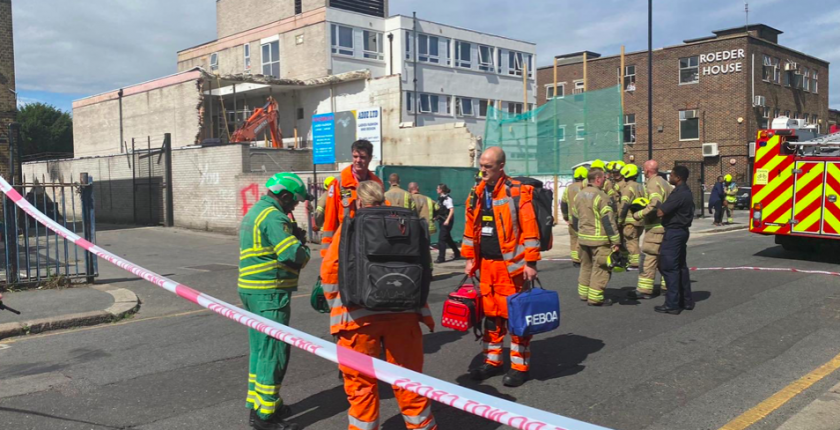 The London Fire Brigade commented saying : “Firefighters were called to a partial collapse of a wall and reinforced concrete roof at a two-storey industrial building that was being demolished.

“A site worker was trapped under the concrete and was sadly pronounced dead at the scene.”

The Brigade’s Urban Search and Rescue crews were working alongside the Health and Safety Executive and the Metropolitan Police Service to retrieve the body of the man.

2/2: The man was trapped under the concrete and was pronounced dead at the scene by medical staff from London’s Air Ambulance.

The London Fire Brigade say they were called at 2:19pm. Met Police were also called to the scene.

The Health & Safety Executive have been informed. pic.twitter.com/oVrXV3vJwU