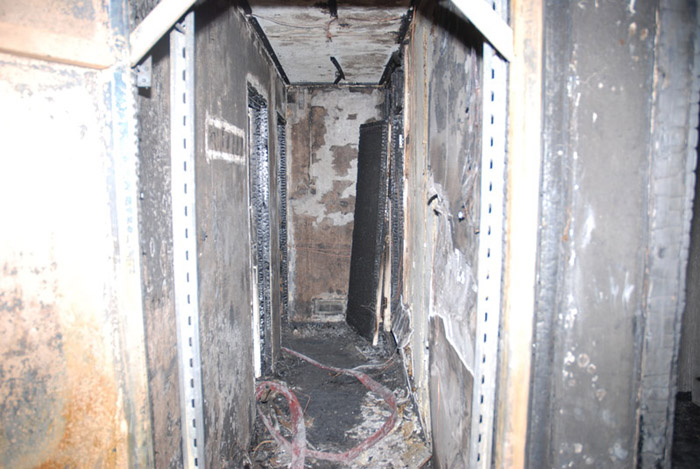 Housing manager Lewisham Homes has been fined £40,000 and ordered to pay £23,407 prosecution costs for breaking fire safety laws following a fatal fire in a Deptford tower block in which two women died.

Lewisham Homes were sentenced at Woolwich Crown Court on Friday (29 January) after pleading guilty at an earlier hearing to (1) failing to properly maintain fire doors; and (2) failing to review an existing fire risk assessment (carried out in 2008)

Sentencing the housing manager, His Honour Judge Justice Christopher Hehir said our successful prosecution by should act as a “wake up call”, which highlighted the risks of not maintaining fire safety features in residential high rise buildings.

He also stated that had Lewisham Homes been a profit making company and not a not-for-profit organisation the fine would have been considerably higher.

Lewisham Homes is an Arms Length Management Organisation, which manages a significant proportion of the housing stock owned by the London Borough of Lewisham

We brought the prosecution under the Regulatory Reform (Fire Safety) Order 2005 after an investigation carried out by our fire safety officers following the blaze on 4 February 2011.

Over 100 firefighters were called to the fire at Marine Tower on Abinger Grove in Deptford which started in a flat on the 16th floor. Crews rescued two women from another flat on the same floor but sadly both were pronounced dead at the scene.

The fire was started deliberately and in 2012 Sandra Clarke, a resident in the flats, was prosecuted and convicted of two counts of manslaughter at Woolwich Crown Court.

The investigation by fire safety officers revealed serious safety failings relating to the failure to maintain fire doors, which directly contributed to the spread of the fire.

The flat in which the fire started was fitted with a metal security door which prevented  the existing fire door behind it from being closed.

The severity of the fire and the lack of protection between the flat where the fire started and the building’s communal areas meant fire and smoke rapidly entered the lobby and also the adjacent flat in which the two women who died were trapped.

Speaking after the sentencing our Assistant Commissioner for Fire Safety Neil Orbell said: “Living in a high rise building is not more dangerous than living in a house but this tragic incident is a stark reminder of the potentially lethal consequences of failing to maintain the vital safety features, such as fire doors, which are built into them to give you protection from fire.

“Sadly in the case of Marine Tower, this life saving engineering was not maintained, causing fire and smoke to spread rapidly into the lobby area and ultimately into a flat where two women, trapped by the fire, tragically died.

“I absolutely agree with the Judge. This prosecution should act as a ‘wake up call’ and send an urgent message to all housing providers to ensure the fire safety features in their buildings are properly maintained.

“If they are not, housing providers, managers, landlords and building owners should all be warned that we will not hesitate to prosecute if we find they are putting people’s lives at risk.”