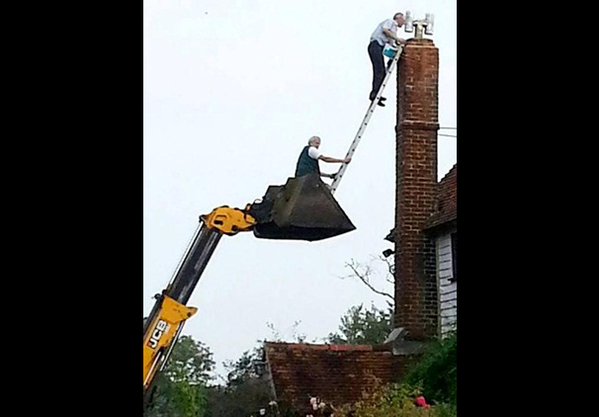 Idiots on ladders is back

Over the Christmas period we will be sharing the idiots on ladders campaign with images of the best or worst offenders the competition which is open from 1 September to 31 December, you’ll have a chance to enter by the ladder association snaps of unsafe situations of people using ladders.

How do I take part?

Taken a photo of an unsafe ladder in use? You can send it to us in three ways:

Ladder Association Communications & Social Media Officer, Michael Fern, commented saying: “This year the public sent in more pictures of people working dangerously at height than ever before, and some of the pictures were among the most unbelievable we have seen.

“Along with the winner, one of the runners up also showed a ladder being used from inside an excavator, hinting at how worryingly common even ideas as ridiculous as these can be.

“Idiots on Ladders is a great reminder of the importance of training.

“Its message is clear – if you are using a ladder you must make sure that you are competent, otherwise you really are taking your life in your hands.”