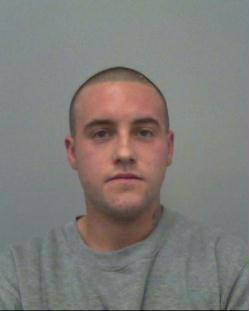 A man has been sentenced to 12 years’ imprisonment for GBH with intent after hitting another man with a scaffold pole on a building site.

Following an investigation by Thames Valley Police, a man has been sentenced to 12 years’ imprisonment for GBH with intent in Milton Keynes.

Fowler, aged 23, of Radnor Road, Luton, Bedfordshire, was sentenced on the same day to 12 years’ imprisonment.

Fowler was involved in an altercation with the victim, a 43-year-old man, while they were working at a construction site in Rowditch Furlong, Milton Keynes, at about 8am on Sunday 26 October last year

Fowler used a scaffold pole to strike the victim over the head from behind.

The victim fell to the floor and Fowler fled the scene on foot, before being arrested the same day. He was charged on the following day.

The victim was airlifted to the John Radcliffe Hospital, Oxford.

He sustained life changing injuries, including multiple fractures to his face and skull which required surgery. Further, he spent seven weeks in an induced coma.

Meanwhile, co-defendant, Alan Fowler, aged 49, of Lollard Close, Luton, was found not guilty by a unanimous jury of grievous bodily harm with intent during the trial.

Investigating officer, Det Con Ian O’Bryne, of Force CID based at Milton Keynes police station, said: “The sentence given to Kieran Fowler reflects the severity of the incident during which the victim sustained horrific injuries. The length of the sentence goes a long way in helping the victim recover from the memories of the attack.

“During the incident Kieran Fowler became involved in a verbal argument with the victim. The case serves as a harsh reminder to the public not to take the law into your own hands.

“I would like to thank the victim who has shown great bravery during the trial, as well as all the witnesses and members of the public who came forward with vital information.

“I would also like to thank all officers and staff at Thames Valley Police who worked on the case, as well as the Crown Prosecution Service for bringing the case to trial.”