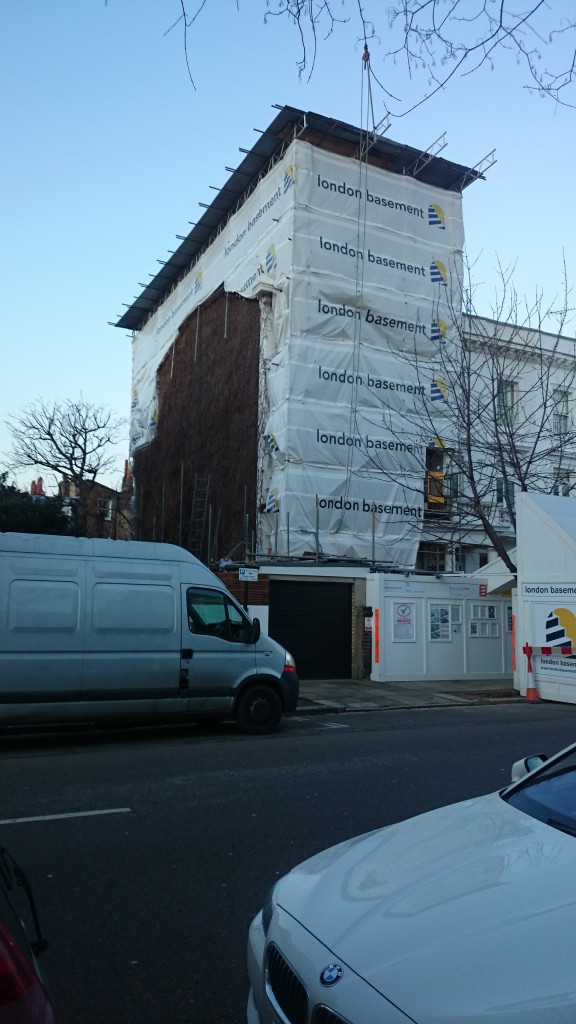 The London basement company has been fined £12,334 for displaying adverts on hoarding and scaffolding wrap with 22 large adverts on 72 Scarsdale Villas where the company was carrying out work by law building companies are only allowed one advert of a reasonable size in a conservation area.

The court heard it is a criminal offence for a developer to display more than one advert on a building site in a conservation area unless it first receives consent from the local authority and advert can also be no greater than two metres square in total area.

The London basement company was warned in May 2014, by the Royal Borough of Kensington and Chelsea’s Planning Enforcement Team, to remove all unauthorised adverts from within the borough or face prosecution.

The building company did remove the adeverts  but was witnessed displaying  advertisements that were not authorized on dates between September 2014 and March 2015.

Hammersmith Magistrates Court heard how the building company had no previous convictions and had taken steps to make sue advertisements on other sites it was working on were in compliance with all the local authorities regulations .

Chelsea’s Cabinet Member for Planning Policy, Councillor Timothy Coleridge of the Royal Borough of Kensington, commented: “We will not allow developers to advertise themselves illegally in our residential areas.

“We will take action and go to court if required.”