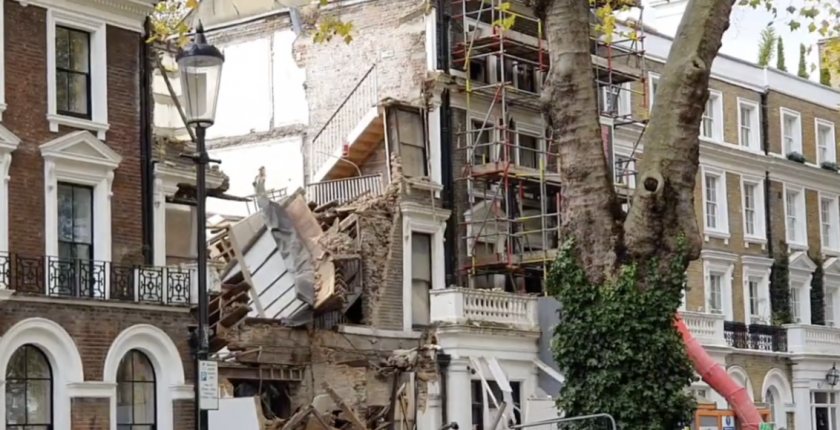 During the work that went seriously wrong, 40 people were evacuated from neighbouring properties in Durham Place, Chelsea and a 25m cordon was put in place as a precaution by the emergency services it is not know the full extent of the damage to the next door properties but the ones in the imager are beyond repair.

The London Fire Brigade commented saying: “Two mid-terraced houses of four floors which were under refurbishment collapsed to the ground. There are no reports of any injuries.”

Station Commander Jason Jones, who was at the scene, said: “There was a total collapse of the building from the roof to ground level.

“Firefighters worked to make the scene safe and our drone team carried out a search.

“A police search dog also carried out an external search of the building and at this stage, there are no reports of any injuries. Nobody is thought to have been inside the building at the time of the collapse.”

It is thought that the two £6m properties were being combined into a single home with a new basement below.