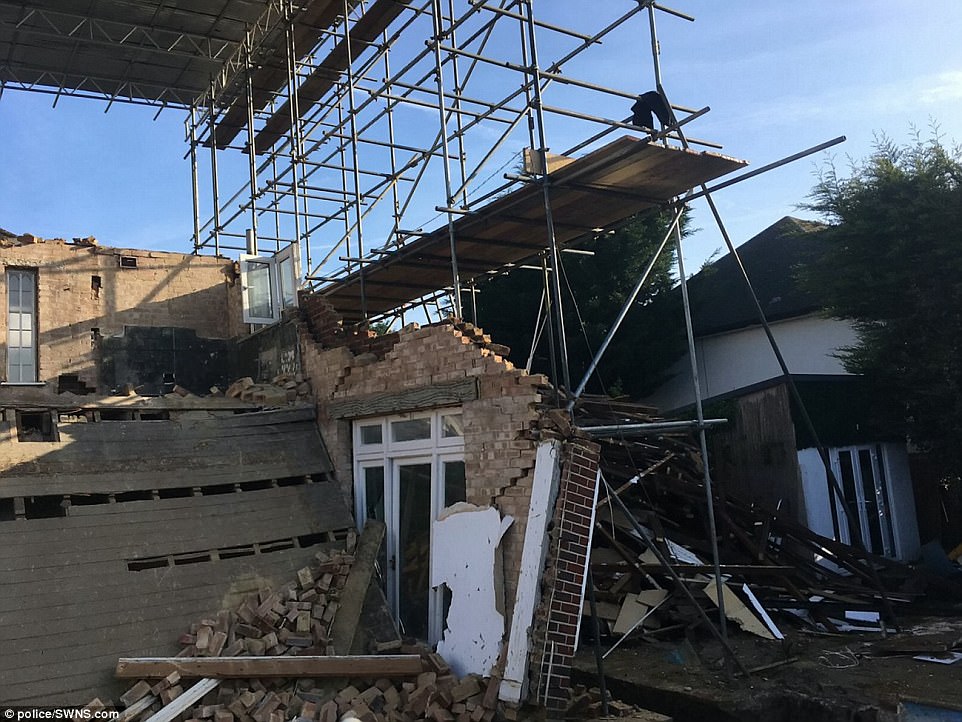 A luxury million pound home on an exclusive road near Wimbledon collapsed in the middle of the night, leaving windows shattered and debris piled up on the site.

The home was undergoing a basement conversion next to Richmond Park, had been undergoing renovations and reportedly collapsed after work in the basement was not properly supported.

Photos show below  the remains of the home, thought to be worth over £1 million, with windows and doors left in a precarious pile after hundreds of bricks collapsed on Sunday evening around 1 am.

Police have cordoned off the road and remain at the scene of the building collapse.

Council records show the house was undergoing a two-storey side extension as well as the construction of a new basement it is believed that the family who own the property were away when the building collapsed .