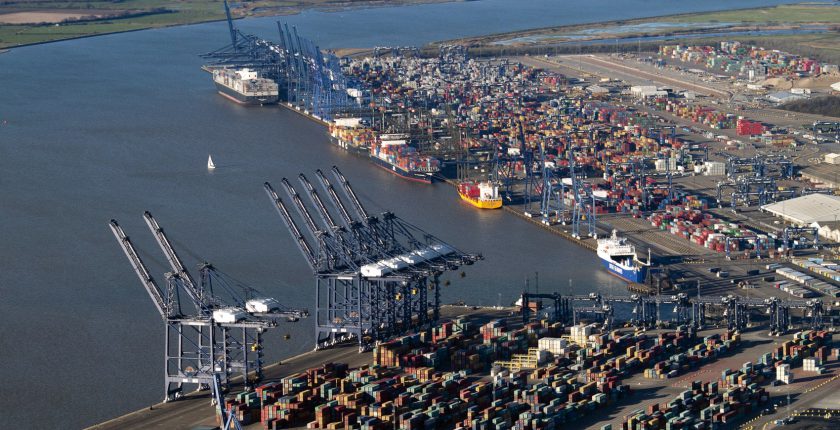 Perfect storm as building materials to go up by 30%, as ports can’t cope

Builders and major contractors are getting seriously worried about the lack of building materials with reports coming in to nationaltradesmen.co.uk that screws, power tools and virtually every type of building material are in short supply as UK ports especially Felixstowe are being slammed for holds up’s of crucial deliveries in the run-up to Brexit, this is a perfect storm.

All of  UK’s ports have been trying to handle a massive surge due to looming Brexit and lack of space to store huge freight volumes  along with the restrictions of Covid 19.

Since early August Felixstowe has been handling about 30% more goods than it usual would, after the first lock down ended there was a huge spike in demand with businesses rushing to replenish stock before the Bexit transition.

The port of Felixstowe being the hardest hit but this has in turn forced these boats to find other places to dock like Southampton and London Gateway,

The chief executive of the Builders Merchants Federation John Newcom said that the supply of materials is becoming a “major issue” for builders and contractors who have done very well out of the boom in people wanting to renovate their homes but this is now being halted by huge increases in timber and many other costs.

He commented saying that: “There appears to be an increasing issue getting products through ports, Rather than taking a maximum of one week to unload, it is taking up to four.”

The price of timber is major issues with the price is up between 25% and 42% because of supply issues in Scandinavia due to Covid 19 but there is also problems sourcing screws, nails, tiles, screws, tools basically anything that is held up in the ports.

There have been reports of mass congestion at Felixstowe along with other ports with large vessels caused to “cut and run” either partially unloading or skipping UK calls altogether and dumping cargo at Antwerp, Zeebrugge and  Rotterdam.

Many carriers are thinking about not using Felixstowe until February because of the congestion with many baling the stop str nature of the lockdowns impose by the UK government as the ripple effect cannot be known until later on.

There has also been a massive effect on the fight for space on the vessels this has rained the cost of shipping which in turn will raise the costs of building materials these price increases will continue into the new year.

Timco is a supplier if screws and fixings to the construction market he managing director of the firm Simon Midwood said its shipping costs had rocketed by more than 300% this in turn would have to be passed win to the customers.