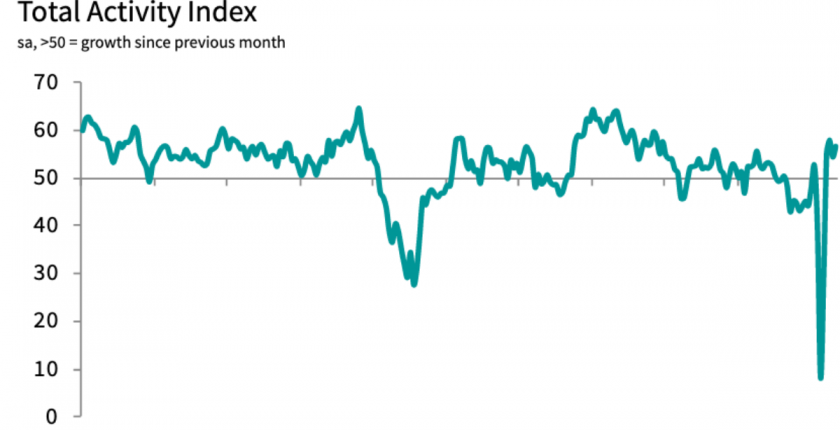 Construction bounces back with vengeance after lockdown

Activity in purchasing increased at the quickest pace for nearly five years as the bellwether IHS Markit/CIPS UK Construction Total Activity Index registered 56.8 in September up from 54.6 in August.

This means that confidence is sky high about future prospects was also the brightest for seven months.

In the main house building led the way while the commercial sector also rebounded strongly as civil engineering activity fell for the second month running.

The Group Director at the Chartered Institute of Procurement & Supply, Duncan Brock, commented saying: “UK Construction took off in September, soaring ahead of both the manufacturing and service sectors in terms of output growth and recording the fastest rise in purchasing activity since October 2015.

“Fuelled by the easing of lockdown measures, new orders rose for the fourth month in a row and at the quickest pace since the beginning of the year before the pandemic struck.

“Of the three monitored sub-sectors, house building was the strongest performer, with activity increasing for the second month in a row, partially driven by residential-related services such as home improvements.

“Government support schemes are winding down, so the bigger worry remains levels of job creation.

“With another drop in employment numbers, vacancies were sparse and further redundancy schemes could be on the cards once this pent-up demand for work is satisfied.

“But for now, builders are stocking up for Brexit and Covid preparations, so purchasing remains strong in spite of longer delivery times and some shortages.

“Optimism is at a seven-month high, so builders are enjoying this resurgence in activity following the summer lows.”

“There were faster increases in activity in both the housing and commercial sub-sectors, which more than offset a sharper decline in civil engineering work.

“Forward-looking indicators point to a sustained rise in activity, with new work increasing at the quickest pace since before the lockdown and sentiment towards the 12-month outlook at its strongest for seven months.

“Meanwhile, latest PMI data pointed to another fall in employment numbers across the UK construction sector.

“That said, the rate of job shedding eased substantially, while building firms upped their purchasing activity in a further sign of encouragement for the months ahead.”