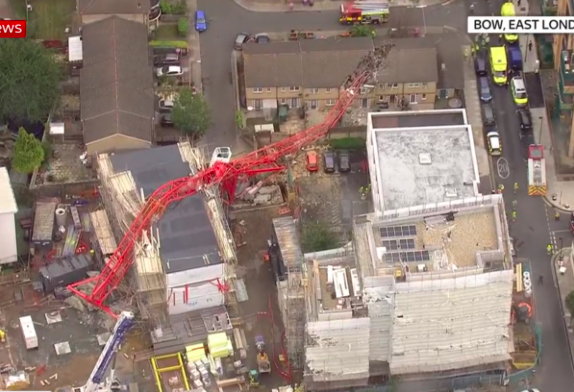 After an investigation and site survey at the site of the crane collapse which killed one local resident could take six months to clear the site because of the complexity of the surrounding buildings.

The Wolff luffing jib crane type 355 B was left embedded in a partially completed flats complex and a row of neighbouring terraced houses where June Harvey, 84, died.

Tower Hamlets Council said “stabilising and removing the crane will be among the most complex operations of its kind to be undertaken in London for many years.”

In its latest update the council said residents should “plan for a range of between four and six months” for the crane to be removed .

It added: “If no further delays are experienced, it could be possible to complete the operation in four months.

“However, we need to be realistic that winter weather, the Covid-19 pandemic, or any number of other routine project delays, could mean the operation takes longer than four months.”

An investigation into the collapse involving the Metropolitan Police, the Health and Safety Executive and the London Fire Brigade, is still ongoing.