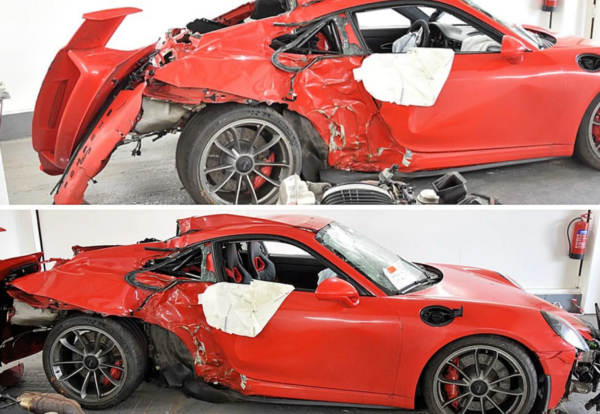 A leading London property developer was jailed after crashing his Porsche while under the influence of cocaine.

The company Inspired was founded by Martin Skinner,41, and specialised in converting existing buildings into micro apartments.

Mr Skinner was sentenced to 22 months in jail by Worthing Magistrates Court last month after pleading guilty to careless driving and failing to provide a specimen.

The court heard that on August 24 2018 he crashed his Porsche into a tree after losing control of the car on the A281 Guildford Road.

The impact was so great that the entire engine was ejected from the vehicle.

A 30-year-old woman from London who was the front seat passenger, sustained serious injuries and was flown to King’s College Hospital in London where she remained in an induced coma for more than a week.

Skinner failed a roadside drug test which was positive for cocaine, before he was taken to Guildford Hospital with serious injuries, where he refused to provide a further sample for evidential purposes.

On the day of the trial Skinner initially failed to appear and case commenced in his absence.

His passenger, still recovering from her life-changing injuries, gave evidence that Skinner had been driving so fast that everything had been a blur, and that she had asked him to slow down.

Skinner then arrived at court two hours late in his McLaren sports car, apologising that his alarm clock had not woken him up in time.

Skinner was also disqualified from driving until May 2022 and ordered to pay fines and costs amounting to £1,815.

The firm said: “Following the completion of this assessment, the administrators will be writing to all known creditors and clients who may be owed money in the very near future.

“This written communication will contain information on the latest financial position of the companies and will outline the next steps of the process.”