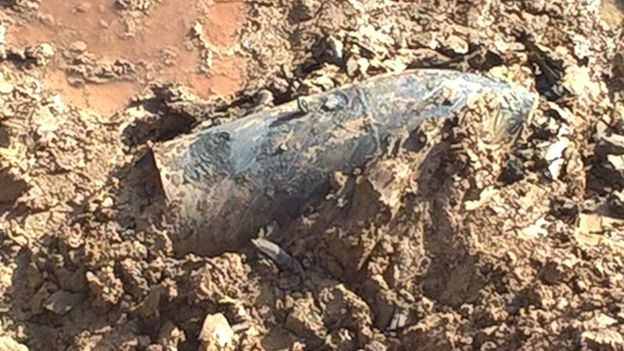 An unexploded World War Two bomb has been found on a building site in north-west London the 500lb (227kg) device was discovered in The Avenue, Brondesbury Park, shortly before midday by builders excavating the site.

All homes within a 200m radius and a nearby nursery school were evacuated after police and fire crews were called to the scene.

The site will not be made safe until at least Friday afternoon, Brent Council has warned.

It has set up a centre for people who are unable to return home an Army bomb disposal team is working to make the bomb safe.

A spokesperson for the council said the bomb will not be made safe until “at least Friday afternoon”, although there have been warnings that it could take longer.

One local resident told the BBC that “these things do happen” as London was bombed heavily in the war, but “it’s just now inconveniencing me massively”.

“I understand it’s for security reason but it’s just annoying”, another resident said.