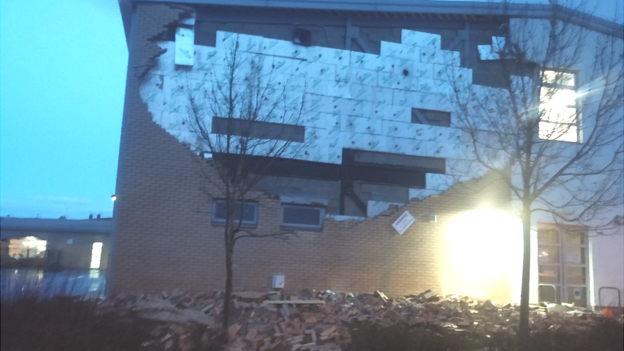 A totally unaceptable standard of bricklaying and main contractors’ quality assurance systems have come under fire in a major report into the closure of 17 schools in Edinburgh following a wall collapse.

The failure at Oxgangs Primary School in January 2016 led to the closure of schools across the city after similar faults were discovered.

A report by industry expert Professor John Cole confirmed the collapse was due to poor quality construction and inadequate wall ties.

Around nine tonnes of masonry fell onto an area where children could gave been standing.

Cole attacked the current standards of bricklaying in construction and the quality assurance methods adopted by contractors.

The report stated: “Given the widespread nature of similar defective construction across the 17 PPP1 projects, undertaken by bricklayers from different sub-contracting companies, and from different squads within these companies, there is clear evidence of a problem in ensuring the appropriate quality in this fundamental area of construction.”

“It is therefore recommended that the construction industry should re-examine its approach to recruitment, training, selection and appointment of brick-laying subcontractors, means of remuneration, vetting of qualifications and competence, supervision and quality assurance of bricklayers.”

Cole said the current system of paying people per brick laid was “perverse”.

The report said: “The construction industry should seek to review this approach to remove any perverse incentive of the payment mechanism to encourage the omission of elements providing the essential structural integrity of walls.”

Construction of the schools was completed in 2005 under a £360m private finance deal with the Edinburgh Schools Partnership (ESP).

The first phase of the deal saw building of 13 schools overseen by a 50/50 joint venture of Miller Construction and Amey. The second phase was built by Miller which is now owned by Galliford Try.