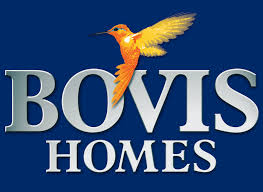 Contractors for Bovis have been having difficulty with skills shortages and the quality of tradesmen and construction operatives in the last year.

The house builder warned that this lack of skills had directly impacted on productivity at some construction sites forcing Bovis to seek out new contractors.

Bovis revealed that finding and replacing poorly performing contractors contributed to an 8% rise in building costs last year and impacted on delivery of homes on certain sites.

Chief executive David Ritchie, said that Bovis was now also working closely with a group of select groundwork contractors and machine operators to ensure fast starts on sites to speed on production rates.

The trade contractors are being sought to manage building material delivery time and cost risks and to make sure they have the available labour to complete the contact in the given time.

Ritchie commented saying: “We have seen double-digit labour inflation in certain occasions, impacting both our own construction staff as well as labor from our key trades.

He said Bovis Homes was now assessing contractors much more vigorously and checking they have enough labour to deliver production targets.

Ritchie set out some of the challenges facing house builders as Bovis Homes delivered record profits up 20% to £160m on the back of an 8% rise in completions to just under 4,000 homes.

He continued: “In the current housing market, our plan envisages the business delivering sustainable growth over the next few years to achieve annual volumes of between 5,000 and 6,000 new homes.

“We have invested well during 2015 in new consented land and achieved a strong level of conversion from our strategic land bank.”

In total, these sites will deliver over 5,000 consented plots.

Ritchie added: “Our site at Wellingborough obtained revised planning consent in December for 3,650 plots which supports the start of housebuilding on site during 2016.”

“Overall, around 8,000 plots of the strategic land bank have planning agreed. In a number of cases, development partners are being identified for these larger sites, in line with the group’s aims for capital efficiency.”