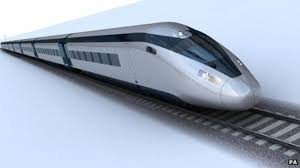 Construction growth will be transferred from home building to infrastructure due to HS2, Hinkley Point and London’s super sewer as reported in Nationaltradesmen.

Major construction projects are set to push up growth in the building sector by 4% in 2017, analysis from Construction Products Association (CPA) has revealed.

Forecasters at the CPA found that infrastructure work is to surge by 57% by 2019.

This rise will come in large part thanks to schemes such as HS2, Hinkley Point and London’s super sewer.

According to Professor Noble Francis, economics director at the CPA, the results are in contrast to previous forecasts, in which private housing was the sole major driver of growth.

“The key fundamentals for the sector are generally positive and construction growth is set to be more balanced,” he said.

“Private housing work, especially in London and the South East, provided the majority of growth between 2012 and 2015.

“During this forecast period, however, all three of the largest construction sectors – private housing, commercial and infrastructure – are expected to drive industry activity.”

But the findings come in spite of the fact that the CPA has downgraded its growth estimate for 2016.

The slower rate of economic growth in the UK as a whole has been blamed for the reduction.

After this initial period of slower growth, however, the picture is set to remain much more positive through to 2019.

Further drivers of productivity in the sector include industrial activity, which will rise 21% by 2019.

Nevertheless, there are a number of risks which the CPA says could hit its forecast.

Chief among these is the shortage of trained workers for the industry to draw on, Professor Francis suggested.

He said: “Perhaps of most importance for the industry is the urgent challenge around skills shortages.

“The availability and cost of skilled labour has clearly impacted the house building sector; the recovery in other sectors is already showing a similar vulnerability.”