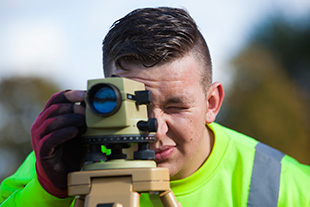 Half an million homes with planning waiting to be built

A astonishing 475,647 planning permissions have been granted but have yet to be built.

A new study commissioned by Local Government Association, has prompted calls for all developers to pay full council tax on homes not built before the original planning permission expires.

Local councils are also calling for a greater role in delivering the much needed homes once planning permission  has been granted to ease the pressure on families seeking new homes.

The research carried out by construction information specialist Glenigan shows that the acute land banking has increased over the years for instance in 2012/13, the total of unimplemented planning permissions was 381,390 and in 2013/14 it was 443,265 a jump of nearly 60000.

Peter Box, LGA Housing spokesman, commented saying: “These figures conclusively prove that the planning system is not a barrier to house building.

“In fact the opposite is true, councils are approving almost half a million more houses than are being built, and this gap is increasing.

“While private developers have a key role in solving our chronic housing shortage, they cannot build the 230,000 needed each year on their own.

“To tackle the new homes backlog and to get Britain building again, councils must have the power to invest in building new homes and to force developers to build homes more quickly.”

He also said that that council leaders also wanted powers to charge developers full council tax for every unbuilt development from the point that the original planning permission expires in a bid to make the land owners build the new properties.

Developers are also taking longer to complete work on site. It now takes 32 months, on average, from sites receiving planning permission to building work being completed – 12 months longer than in 2007/8.

“If we are to see the homes desperately needed across the country built and jobs and apprenticeships created, councils must be given a leading role to tackle our growing construction skills shortage, which the industry says is one of the greatest barriers to building,” said Cnllr Box

“Devolving careers advice, post-16 and adult skills budgets and powers to local areas would allow councils, schools, colleges and employers to work together to help unemployed residents and young people develop the vital skills to build.”