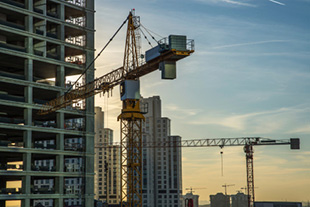 Conference to tackle homophobia in construction

Senior figures in construction will join forces this month to raise awareness of homophobia and transphobia, after a recent report found such behaviour lingers in the industry.

LGBT rights charity Stonewall has organised a conference on 30 November to discuss the problems faced by lesbian, gay, bisexual and transgender employees within the wider construction and property sector.

More than 80 per cent of gay men and women in some parts of the industry have encountered homophobic comments in the workplace, according to the Architects’ Journal, which carried out the groundbreaking investigation with sister titles New Civil Engineer and Construction News.

Just 14 per cent of gay employees feel comfortable being open about their sexual orientation on site, the report found.

Only 10 per cent would recommend the industry to gay men and women, while less than half would trust their line managers to handle sexual orientation issues appropriately.

Matteo Lissana, Stonewall’s representative for the built environment sector and organiser of the conference, describes the findings as appalling but unsurprising.

“Construction lags behind many other industries in terms of LGBT rights, and it’s time to bring these problems into the open,” he said.

“Many organisations within the industry are working hard to push LGBT equality. However, homophobia is still a big problem, especially on construction sites, while the lack of trust and openness in some workplaces will undoubtedly have an effect on job satisfaction levels and productivity.”

Dave Carlos, senior consultant at JLL, and Martin Coyd, regional head of environment, health and safety at Lend Lease, will be among those speaking at the conference.

JLL was the first property firm to march at London Pride, while Mr Coyd has been active in promoting diversity at Lend Lease.

He was also instrumental in getting more than 1,000 site workers across London to wear rainbow-coloured laces earlier this year.

Representatives from CITB plus Balfour Beatty’s Christina Riley, a transgender employee who transitioned while working at the construction firm, will also be in attendance.

The conference – Building an Inclusive Environment – will take place on Monday 30 November at Lend Lease’s EMEA headquarters in London.