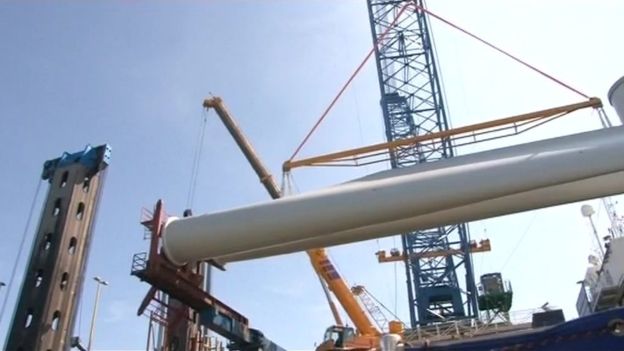 Two companies Siemens and Flour have been fined £650,000 over an accident with a wind turbine blade that left one man dead and seriously injured another.

Danish worker Per Terp died and Frank Kroeger had to be resuscitated twice after the incident at Harwich in 2010.

Chelmsford Crown Court heard a missing bolt caused the accident but the HSE said it would have been avoided had “the right questions been asked”.

His colleague Mr Kroeger was airlifted to Addenbrooke’s hospital in Cambridge with serious, life-changing injuries.

A heavy blade root was being lifted in an H-type lifting frame by the jack-up vessel Sea Jack, but the frame gave way and dropped the load, the court heard.

Siemens pleaded guilty to two charges under the Health and Safety Act and Fluor was found guilty of one offence.

Judge David Turner QC said there needed to be “greater clarity” between the companies.

Speaking after the hearing, Health and Safety Executive inspector Julie Rayner said: “This incident could easily have been avoided had suitable systems and procedures been in place to ensure that all loads were properly connected whilst being lifted.

“Had the right questions been asked when the lift was being planned and had the bolt and two brackets holding the blade and frame together been checked before they were lifted, the death and serious injury of two workers could have been prevented.”