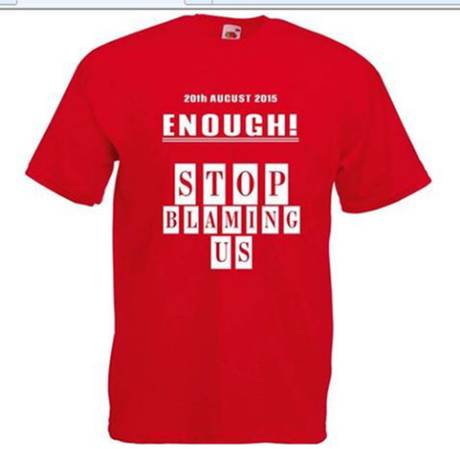 Polish workers to go on strike 20th of August

Polish workers are going on strike because they feel undervalued, the strike is to take place on the 20th August. The unofficial strike, which does not have the backing of any any trade union, is being backed by the Polish Express newspaper which has created a Facebook group to promote the event. A red t-shirt produced for the protest states: “Enough! Stop blaming us.”

The strike backed by the Polish express editor Tomasz Kowalski said “It’s just a way to show people in the UK that immigrants are an important part of Britain. We want to make the point that we are here and that we want to feel appreciated,” and that the suggestion of  the strike came form one of their readers.

There are around 680,000 people, the Polish community and many of them are involved in construction  Tadeusz Stenzel, chairman of the federation of poles said “This is not the sort of thing we would be inclined to support for the simple reason it might be more detrimental to individuals with repercussions from employers, than any advantage that could be gained,”

“I don’t think the majority of Polish migrant workers would support it, but there are undoubtedly grounds for grievances about exploitation in parts of the economy,”

A recent report by University College London last year found out that that immigrants from the European Union who came to Britain between 2000 and 2011 paid out £20 billion more in taxes than they received in social security which would seem to quash the myth that immigrants receive more benefits than those born here.

Jason Heyes, Professor of Employment Relations at University of Sheffield, warned: “The idea of a one-day strike is fraught with difficulties. The minimum necessary conditions for lawful strike action, including the existence of a trade dispute, would not be present so any workers deemed to be striking would not have the protection that is extended to workers taking lawful strike action.”