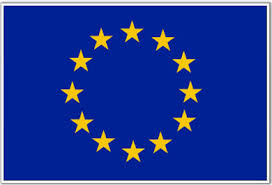 Foriegn workers could claim top up wages from main contractors

Foreign workers who work for wages underneath the going rate could soon be able to claim top up wage claims from any foreign EU subcontractors they have worked for.

A proposed legal change making main contractors liable to pay compensation has been slipped into a new directive aimed at enforcing the EU posted workers directive.

The posted workers directive was introduced several years ago to stop local or national wage agreements being eroded by the use of cheap labour from other parts of Europe.

The new proposal ensures workers posted to the UK by say a Beligain steel fixing firm must be paid to the agreed UK trade rates if these are better than the going rate back in Belgium.

New policing measures are now to be introduced amid concern that the rules have been flouted.

The highest profile was the Linsey oil refinery strike in 2009 where 800 local contract workers went on strike after an Italian contractor used several hundred European workers on the site at a time of high unemployment in the local economy.

The Government is now consulting on how it will introduce the plan to tighten enforcement procedures.

For the main part the new posted workers enforcement directive includes stricter reporting of where EU subcontractors are being used on UK jobs.

But a new law targeting construction and making main contractors as well as the their foreign subcontractors liable for claims from exploited workers has been written into the enforcement plan.

The Department of Business, Innovation and Skills has issued an new bill implementing-the-posted-workers-enforcement-directive