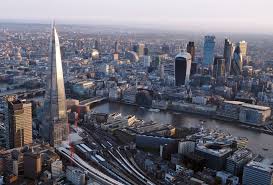 London’s construction costs are now second only to New York

London’s construction costs are now second only to New York but only because of the massive difference in labour costs with New York’s construction workers earning an average of £53 per hour – nearly 70 percent more than the £32 earned by builders in London according to a report from Turner and Townsend.

Construction costs in London are the second highest in the world and are rising at five percent a year, with a risk of further price escalation as demand levels outstrip capacity in key trades. Yet despite enjoying a huge labour cost advantage over New York, the capital is close to eclipsing the US city as the world’s most expensive place to build as demand in residential and commercial sub-markets in particularly is keeping a strained supply chain at full stretch.

The international construction market survey 2015 analyses input costs – such as labour and materials – and charts the average construction cost per m2 for both commercial and residential projects in 35 markets around the world.

At £2,283 per m2, London’s average construction cost is second only to New York’s – which at £2,372 per m2 is the world’s highest. Both cities have seen construction costs rise by five percent in the past 12 months, with the report predicting that both will see cost inflation continue at the same rate over the next year.

Both cities are enjoying similar property booms. £70bn is forecast to be spent on construction in New York during the next three years, compared to £62bn in London.

But there is a wide gap in the cost of labour, with New York’s construction workers earning an average of £53 per hour – nearly 70 percent more than the £32 earned by builders in London.

In London, a “ready supply” of construction workers from other EU countries has helped to limit wage increases.

By contrast the report concluded that in New York labour is heavily unionised on large projects, with trade unions currently enjoying a resurgence of strength given the volume of work. Despite its high cost, New York’s labour force is highly productive – weekend working is commonplace and contractors have a more efficient approach to logistics.

Despite having a workforce nearly 70 percent cheaper than New York’s, London’s overall cost of construction is just four percent lower.

The research also found that construction costs are moving at different speeds across the UK. While inflation is highest in London, costs are predicted to rise on average by four percent in the south and three percent in the north of England over the next year. However, several areas of the market including parts of London, are experiencing far greater increases as capacity and contractor appetite for risk becomes an issue.

“Construction costs are influenced by a matrix of different factors, from the level of competition for tenders to the availability of building materials and skilled contractors. Input costs are key, with labour accounting for around 40 percent of the total cost in London.

“The comparison between London and New York is a tale of two booms. Both cities have powerful financial sectors and are seeing steady price inflation amid intense development in both commercial and residential property.

“But despite its enormous labour cost advantage, London’s overall construction costs are barely any lower than New York’s. The UK construction industry has made great strides in expanding its capacity to meet booming demand, but there continue to be skills shortages in several UK regions. The sector as a whole has more work to do to improve efficiency and productivity.

“For investors and developers with global expansion plans, having accurate construction cost data from international markets is key to identifying where the opportunities lie. Our research shows that demand is outstripping supply in the UK and tender pricing is likely to remain volatile as a result.”