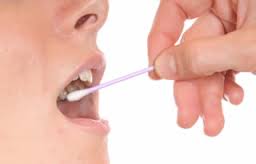 Many construction recruitment agencies are reporting workers turned away for pre-start drug testing .

Workers have been paying for blood tests themselves to prove that they have not taken illegal drugs and further investigations by the agencies confirmed they were telling the truth.

A Bristol bus driver who tested positive for cocaine proved that the drug was entering his system through the bank notes he was handling and proved this and won his tribunal case after being sacked by First Bus following a positive drugs test earlier this year.

One agency boss commented: “We supply operatives to a lot of major sites and have been having problems with this recently.

“One of our lads failed the initial test which was a nightmare for him and us because he was one of the first workers we’d placed on the site.

“The contractor had only carried out a swab test and our lad said he’d taken nothing stronger than cough syrup.

“We paid for a proper follow-up blood test which came back negative.

“But by that time the job had gone and everyone had been tarnished with this.”

Which lead to workers losing their jobs so workers and some employers are now questioning the accuracy of tests.

One commented: “These initial tests are becoming common but I’m not sure how accurate they are.

“They seem to be too sensitive because they keep coming back positive for the slightest thing.

“The problem is once a failed test is registered no-one wants to go through the expense of a proper blood test and everyone is immediately labelled as having a drug problem.”