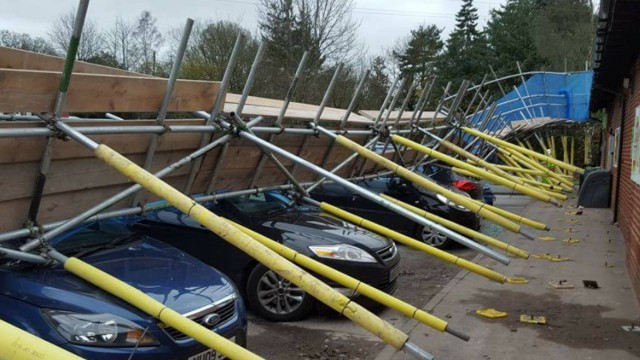 A former Coventry scaffolding company boss has been banned for four years after spending £142,000 prior to bankruptcy to avoid paying many creditors including the HMRC.

Godiva Environmental Solutions was run by Colin Taylor from Kenilworth, that ceased trading last May after suffering financial losses and was voluntarily wound up in June 2020.

The firms director Taylor, aged 47, was liable for personal guarantees he had given against company debts but could not repay them the firm had racked up debts of more than £1.8m and applied for his own bankruptcy in July 2020

It was found after an official review from the receiver the investigated the scaffolder’s affairs that there were large payments and with drywalls prior to his bankruptcy.

Normally bankrupts are usually put under restrictions for 12 months but after the investigation Taylor’s spending was highlighted by the Official Receiver an they determined that the scaffolder was a risk to future creditors and sought to apply for additional restrictions.

After the investigation and subsequent hearing Taylor signed a bankruptcy restriction undertaking acknowledging that he entered into transactions, while insolvent, which were to the detriment of his creditors.

The undertaking came into effect on 3 March 2021 and for four years he is subject to further restrictions, including being banned from becoming a company director or managing a company.

Karen Fox, Deputy Official Receiver at the Insolvency Service, said: “Colin Taylor owed £1.8m at the time of his bankruptcy but despite this, he spent significant funds on family members, gambling and paying an illegal money lender.

“His reckless actions denied his creditors money he owed them. This type of behaviour is totally unacceptable and we will not hesitate to take further action against bankrupts who do not treat their creditors fairly.”