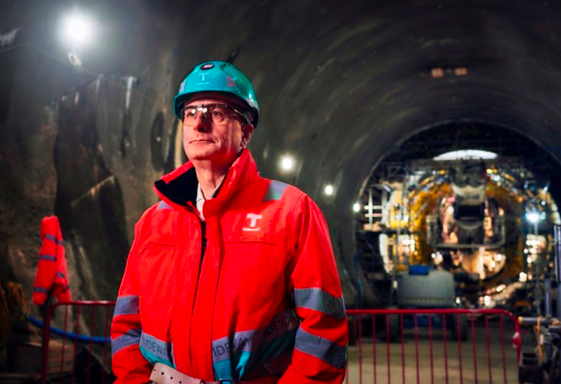 Tideway Chief Executive Officer Andy Mitchell was paid £206,000 by mistake under the long-term incentive plan (LTIP) another overpayment was made to Chief Operating Officer Mark Sneesby of £143,000.

After the issues with the overpayment both have agreed to pay the money back by the end of this financial year with some saying that it should be handed back immediately.

Tideway commented saying that: “In September 2020 the CEO and COO received an overpayment in relation to the deferred element of LTIP Tranche 1 which was awarded in the prior financial year.

“This overpayment was due to an administrative error which resulted in the CEO and COO being overpaid £206k and £143k respectively.

“The directors have agreed that the overpayment will be re-paid and fully recovered before the end of this financial year.

“We have reviewed our internal controls in this area and as a result have implemented changes to improve the strength of these controls which will prevent such incidents occurring again.”

Tideway have confirmed the overpayments in the interim project report released by Tideway.

The interim report goes into detail of how the scheme has coped with Covid-19 disruption and confirmed that there were no delays from the last revision in August which added nine months to the programme and £233m to costs.

The Tideway project is expected to cost £4.1bn and is due to be completed in 2025.

Mitchell commented saying that: “Having to manage the progress of works during the pandemic has been a challenge beyond anyone’s expectations.

“Keeping our staff well both physically and mentally has been our first priority and secondly ensuring we continue with our task of cleaning up London’s river.

“We have achieved some major milestones so far this year, with the completion of the main tunnel drive in the western section and the central section drive due to complete before the end of this month.

“We have also continued to use the river to deliver the project, reducing our presence on London’s roads and helping with our overall ambition of minimising our disruption to the local communities in which we work.”