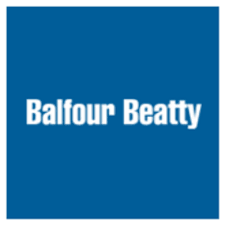 The workers were trying to remove the footings of a post that had snapped off, when the lorry mounted crane slipped from the concrete footing, and swung back towards the barrier, hitting the worker on the head , on 1 October 2012.

The crown court at Canterbury heard how a team was sent out by Balfour Beatty Civil Engineering Limited to install temporary traffic management in order to repair barriers on the A2.

Larry Newman,37, sustained severe head injuries and was pronounced dead at the scene.

Balfour Beatty Civil Engineering Limited, of Canary Wharf, London, was fined a total of £1million, and ordered to pay £14,977 in costs after pleading guilty to safety offences.

After the hearing, HSE inspector Andrew Cousins commented saying: “This was an entirely preventable incident that could have been averted by simply creating and implementing a safe system of work.

“If a suitably sized excavator had been used to remove the footing mechanically it would have prevented this tragic loss of life completely.

“Employers have a responsibility to create safe systems of work for hazardous activities that their workers may be undertaking.

“The workers should be trained in safe systems of working and adequately supervised. Safety needs to be proactively managed and not just left to chance”.

A Balfour Beatty spokesperson said: “Balfour Beatty has offered its deepest sympathies to the family and friends of Larry Newman who was killed in this tragic incident.

“The safety of the public and our workforce is always our primary concern.

“Balfour Beatty has since taken appropriate corrective action to take the lessons learnt from this tragic incident and share them and improvements across our business.”