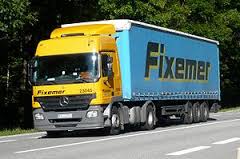 The safer lorry scheme comes into force today 01/09/15 in London to stop the deaths to cyclists who are being regularly killed in the capital with eight deaths already this year with HGV’s facing fines of up to £1000.

The new laws will see (HGVs) must now be fitted with side guards to prevent cyclists being dragged underneath and specialist mirrors so the drivers have a better view of cyclists and pedestrians this will be in place only in the low emissions zone in London.

Hauliers are up in arms about the new laws and are criticizing them as the move as a “blunt regulatory tool” and said more should be done to target a minority of rule-breakers on London’s roads.

Seven of the eight cyclist deaths in the capital this year have involved HGVs with Boris Johnson commenting saying that a “disproportionate” share of fatalities and serious injuries were caused by lorries.

“We are ahead of any other part of the UK in closing the legal loopholes that allowed many HGVs to operate without basic safety equipment,” he said.

“I am delighted that over the 18 months since we announced the safer lorry scheme, the vast majority of operators have got the message and fitted safety equipment to their vehicles in anticipation of the ban.”

Natalie Chapman, of the Freight Transport Association, said funds used to launch the scheme would be better spent on targeting “a small proportion of lorries that don’t comply with existing regulations”.

“There are better ways to achieve safer roads for all users,” she said