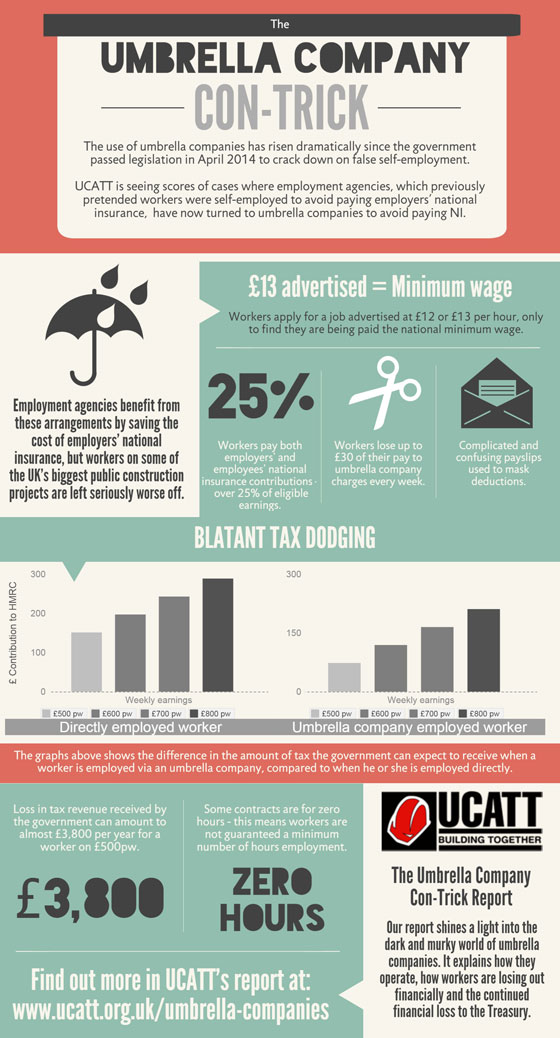 In April 2014 as part of the Government’s Finance Bill, changes were introduced governing how employment agencies and payroll companies could employ construction workers.

Under these changes any worker considered to be engaged by an agency or a contractor could no longer be classified as self-employed.

It was hoped that this would result in construction workers being paid on a normal PAYE basis.

This did not occur; instead overnight thousands of construction workers were given no option other than to operate via an umbrella company.

Being Paid Via an Umbrella Company

If you are being paid via an umbrella company contact your local shop steward or your UCATT regional office for further advice.

It is very important that you keep a copy of any contract that you sign and also keep copies of your pay slip. A copy of any advertisement or recruitment information would also be helpful.