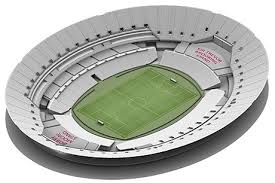 Reports have come out that a worker has died in a fall at the Olympic stadium which is currently under conversion into the new West Ham football clubs new home.The accident which happened at the Balfour Beatty site on Sunday 28th at 7.30 this morning the worker who is 44 years old and police confirmed the victim was a subcontractor Balfour Beatty is carrying out conversion work on site.

Balfour Beatty have released a further statement saying “We can confirm there has been a fatality at the former Olympic Stadium site this morning. We are working with the relevant authorities whilst a full investigation is carried out. All work on site has been stopped.

“Our thoughts are with the individual’s family, friends and colleagues.”

The chief executive of the London development agency David Goldstone said: “We are devastated to hear of the death at the stadium this morning and our thoughts are with his family, friends and colleagues at this time.

“As yet, the exact cause of death is unexplained, but we have stopped all work on site and will cooperate fully with the emergency services and all other relevant authorities on their investigations. We will also be conducting our own thorough examination of events.”

The Metropolitan Police commented: “Officers were called to the stadium at 07:30hrs this morning, Sunday, 28 June, to reports of a person having fallen from the Stadium to the ground and being unconscious.The man was unresponsive when officers arrived at the scene.The London Ambulance Service attended and the man was pronounced dead shortly before 08:00hrs.”

The Health and safety (HSE) executive have been informed following the accident and all work has been suspended the police have said the death was “non-suspicious” .