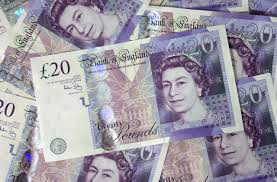 A 20-strong gang from the West Midlands, Staffordshire, London and Manchester has been jailed for almost 90 years for stealing more than £8m in a sophisticated construction tax fraud.

The 17 men and three women were arrested by HM Revenue and Customs officers during an investigation that revealed tax offences and money laundering linked to the construction industry over a two-year period.

Subcontractors were employed ‘off-record’ and the gang members pocketed Income Tax and National Insurance contributions due to be paid to HMRC.

Fake invoices, supposedly for providing labour, had also been created to claim VAT refunds to which the gang were not entitled.

HMRC investigators carried out searches at more than 40 residential and business premises across the UK in September 2009.

They seized paperwork, computers, class A drugs and almost £170,000 in cash from 11 business properties in the West Midlands and Manchester. Smaller quantities of US dollars and Euros were also discovered.

All defendants have now been sentenced following three separate trials at Birmingham Crown Court, and reporting restrictions have been removed.