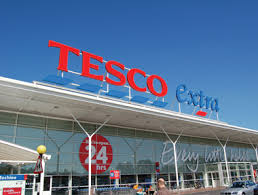 Tesco stores decided to stall its  building programme last year  leaving the firm with surplus land around the country .

Where Tesco no longer intends to develop sites, it will sell them, lease them or develop them for housing.

The majority of sites will be in the south east, although many will be released around the country.

Based on a  average £250,000 per home valuation the development programme could reach £1bn.

Schemes include 80 houses and flats on the former Evershed printing works site in St Albans, Hertfordshire.

A Tesco spokesman said: “We are currently working on plans for over 4,000 homes across the UK, either by building them ourselves or selling our sites to housing developers.

“In places where we have already delivered housing schemes, for example in Faversham or Highams Park, the feedback from local communities and Councils has been very positive.

“We are pleased to be bringing new investment to communities up and down the country and playing our part in meeting local housing needs over the coming years.”