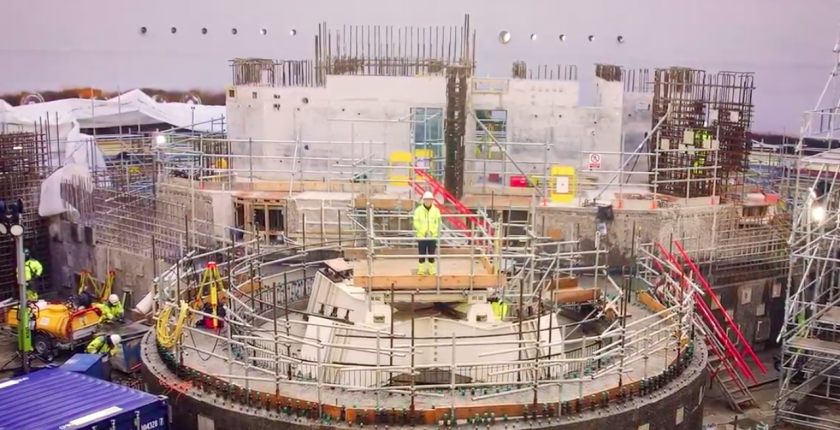 Hinkley Point delayed by six months due to Covid

EDF has said that the completion of the Hinkley Point C nuclear plant has been delayed by six months because of delays due to the pandemic and the cost revised upwards by a minimum of £500m.

EDF Energy will lose a total of six months as the project lost three months of schedule last year with a further three months to be lost this year with the project to ramp up and regain momentum after Easter and try to claw back lost time.

The latest programme forecast follows a detailed review of schedule and cost on the impact of the pandemic so far from reduced workforce on the mega-job.

The start of electricity generation from Unit 1 is now expected in June 2026, compared to end-2025 as initially announced in 2016.

The project completion costs are now estimated in the range of £22bn to 23bn at 2015 prices.

The risk of operational delay of Units 1 and 2 is maintained at respectively 15 and 9 months. The realisation of this risk would incur a potential additional cost in the order of £0.7bn.

Crooks commented saying that: “That has been done with fewer people on site and considerable disruption among our suppliers.”

He said that at the start of the crisis we postponed some of our work in order to create space and keep people safe on site. The aim was top catch up but 1o months on it is clear the pandemic is still in full force.

Crooks followed on saying that: “So with reduced people on site it has eaten away about our opportunity to catch up that time.

“This is the first time we have adjusted our schedule since the projects started construction in 2016.

“The fundamentals of this project remain good. We solved problems and resequenced the schedule to overcome many of the challenges from Covid.”