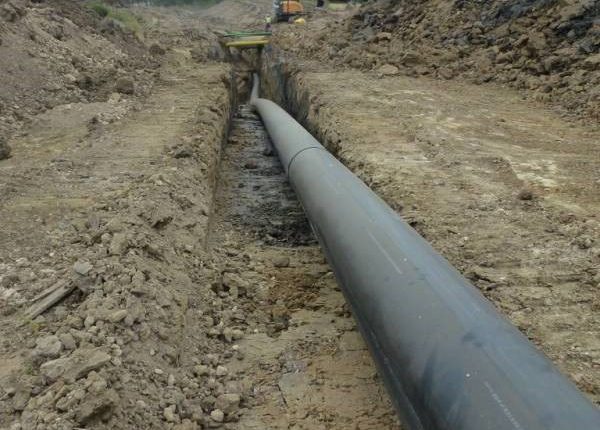 A groundworks firm has been fined after an employee was injured when he was struck by a metal bow shackle whilst laying a sewer pipe.

Luton Magistrates’ Court heard that on 19 July 2018, the employee – a machine cab operator was laying a High-Density Polyethylene (HDPE) foul sewer pipe weighing 20 tonnes with three other plant operators who were positioned along a 240m trench to lift and drag the pipe. One of the slings being used to pull the pipe failed catastrophically causing a bow shackle linkage to be catapulted back towards the machine cab operator. The employee was hit in the leg by the solid metal shackle, which weighed 7.5kg causing multiple fractures that needed extensive surgery.

An investigation by the Health and Safety Executive (HSE) found that the company had failed to ensure that the operation was safely planned and carried out, with appropriate supervision in place.

Smith Construction Group Limited of Maidstone Road, Kingston, Milton Keynes pleaded guilty to breaching Section 2 (1) of the Health and Safety at Work etc Act 1974. The company was fined £55,440 and ordered to pay costs of £971.80.

Speaking after the hearing, HSE inspector Rauf Ahmed said: “This incident could have been avoided if the dutyholders had assessed the risks of the load handling operation and put appropriate safety measures in place.