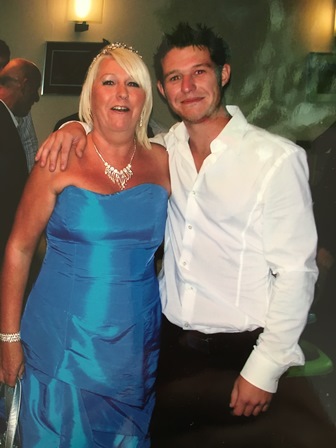 Hemel Hempstead Scaffolding Limited has been fined after a worker suffered life changing injuries when he fell from the roof of a barn.

Stewart Thomas from Hemel Hempstead, 31 at the time of the incident, was carrying out scaffolding work in preparation for the installation of solar panels on a barn roof at Gaddesden Home Farm, Bridens Camp on Red Lion Lane on 25 July 2013.

St Albans Crown Court heard that father of one Mr Thomas was placing scaffold boards along the roof ridge when he fell through the fragile roof to the concrete floor eight metres below. He suffered multiple injuries to his head and neck including a brain stem injury, a punctured lung, broken ribs and a lacerated liver. Mr Thomas is now unable to talk, move or feed himself and requires residential care.

A Health and Safety Executive (HSE) investigation found Hemel Hempstead Scaffolding Limited had never provided a written method statement or risk assessment for this work. Critically there were no fall protection measures in place, and there was also no appropriate supervision of inexperienced and trainee scaffolders on the site.

Hemel Hempstead Scaffolding Limited of Seymour Crescent, Hemel Hempstead pleaded guilty to breaching section 2 (1) of the Health and Safety at Work etc Act, 1974 and were fined £110,000 and ordered to pay £22,596 in costs.

After the hearing Stewart’s mother Karen Coffey said: “I have had to move from my home and family in Hemel Hempstead to Northamptonshire to be near Stewart.

“My other children find it very hard to see Stewart the way he is now, but along with my mother I visit every day. I have also taken a job nearby that keeps me close to Stewart but also gives me something else to concentrate on.

“My granddaughters are going to miss out so much on the things they would have done and learnt from Stewart.

“Since my son Stewart’s accident all our lives have been dramatically changed – hopefully we can try and move forward to make Stewart’s life as best we can with his family close by him.”

Speaking after the hearing HSE Inspector Stephen Manley said: “The company’s approach to health and safety was poor. They failed to properly and safely plan the work they were contracted to carry out and failed to supervise inexperienced young workers. The particular works would have been unfamiliar to the team and so the lack of thorough supervision was lamentable.

“As a result of their failings a young father has been left being unable to communicate or look after himself and he will never be able to play with his young daughter.

When working at height, there is a high likelihood of serious injury or death if safe procedures are not put in place and adequate steps taken to ensure they are followed”.