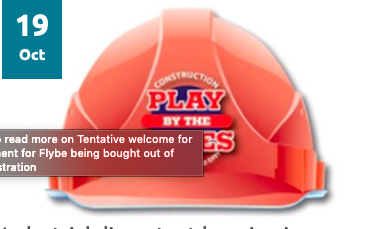 The move has flabbergasted UNITE union leaders who are accusing employers of being “out of touch.”

The Construction Industry Joint Council (CIJC) which sets and agreement for minimum rates for more than 500,000 construction workers primarily in civil engineering.

A June pay increase was expected but employers delayed making an offer due to covid. Now they have confirmed plans for instituting a pay freeze.

Unite national officer for construction Jerry Swain commented saying: “This is a missed opportunity to reward construction workers in civil engineering for their hard work and commitment, the vast majority of whom have continued to work throughout the pandemic in very trying circumstances.

“It appears that the employers care very little for those who work in the industry on do not understand how the agreement works.

“The CIJC sets minimum pay rates, its refusal to increase these minimum rates will cause real hardship to some very low paid workers in construction.

“Construction workers ranging from the very highly skilled to those on poverty pay, right across the country will be left shocked and angry today to learn that their employers will be rewarding their hard work and dedication with a real terms pay cut.

“As we face the second wave of the pandemic and fresh lockdowns, construction workers will be all too aware that their employers are forcing them to go to work for less.

“This pay freeze calls into question the credibility of the CIJC agreement and its negotiating committee. This wage freeze was imposed by the representatives of small trade associations, with the ones wanting to pay the least calling the tune.

“They appear to have no grasp of reality or understanding that the majority of workers affected are operating on large sites where they have made this agreement largely irrelevant.

“The credibility of the agreement is now at an all-time low with many clients simply ignoring it as some of the rates are simply too low.

“The rates in the CIJC are already far below those on other construction agreements and this pay freeze is set to make that unfair situation even worse.

“Unite will now be consulting with local construction officers throughout the UK to identify the sites where workers wish to take local action to secure a pay increase that they thoroughly deserve.”