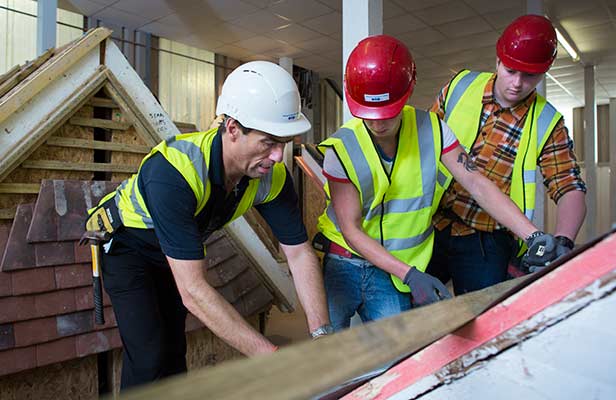 Shortage of carpenters but quarter of SME’s shed staff

A new survey shows a shortage of skilled carpenters which for the first time overtake bricklayers as the most sought after tradesmen, this shortage of quality tradesmen is thought to be more carpenters retiring and less apprentices coming through.

That said small building companies remain nervous about hiring new staff and are reducing the size of their workforce, according to recent

survey from the Federation of Master Builders (FMB).

The FMB’s State of Trade Survey for Q3 2019, found the number of SMEs reporting a growing workforce had fallen, from 19% to 15%, while almost a quarter (23%) reported they had reduced their headcount, up from 21%.

The key results are as follows:

“Builders are tired of the continued political uncertainty blighting the UK economy. Stagnating staffing levels is a concerning sign, and if this trend continues, we could see the capacity of the industry shrink at a time when builders are needed more than ever. Skilled workers are scarce in the construction industry, and it is critical we keep people employed in the sector. The fact that SME firms are having to lay people off and are holding off taking new people on is worrying”

“Small building companies are also having to contend with eye watering material prices, and these are set to continue to rise. This coupled with continued wage inflation, driven by skill shortages, is leaving many firms to have unsustainable profit margins. This will ultimately mean less money for SMEs to invest and grow for the future, and ultimately could see some firms having to close. The Government needs to carefully consider the impact of new regulations that will impose extra costs and cash flow restrictions on the sector such as Reverse Charge VAT.”