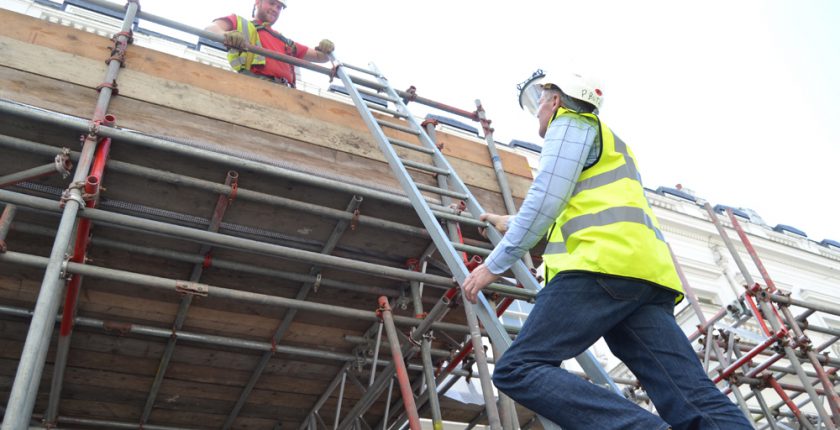 “This construction life” chronicles the life of a tradesmen

This construction life is a new published book about one mans time in the building trade, nationaltradesmen.co.uk talks to its author , Patrick Butler.

The general public’s preconceived ideas about builders are often an occupational hazard for tradespeople, but who better to shed a more accurate light on the industry than a man who is descended from generations of construction professionals, and who has himself made it his life’s work?

This Construction Life is a memoir told through the building sites of Ireland, England and Eastern Europe, and it’s author Patrick Butler, charts all the highs and lows he has experienced along the way.

“My main motivation in writing the book was to give the people in our industry more airtime,” explains the 45-year-old project manager. “It’s hard work, but you’d be hard pressed to find a living where you could have more fun, and there are so many characters with extraordinary skills. It’s those people that I wanted to celebrate and reveal to a wider audience.”

Originally from Limerick in the west of Ireland, Patrick’s book begins with a vivid depiction of his life in that country as a child. His father – and his father before him – had been in the trades from a very early age, so a destiny on the tools was already written but, with the impetus of the Celtic tiger, the family firm would ultimately grow to become a considerable enterprise.

“My grandfather was a very strict man and I learnt all I needed from him about a work ethic,” he recalls, “but Ireland in general was a very different society then from what it is today. When I first set out working on my father and grandfather’s sites there were families of proud tradesmen that amounted to four generations from great grandfather to great grand son. It was the order of the day. There were heavy weekend drinkers too that requested “the sub” on a Monday from my grandfather to carry them through the week.

“At a different contractor I worked for in my late teens, there was a gang of pretty committed Poitin drinkers working on site. Whilst you wouldn’t recommend drinking a highly alcoholic (and illegal) beverage made from fermented potatoes on the job today, they maintained that they’d never taken a pill in their lives because of it. Those were the kinds of times we lived in – there were fewer rules and more colourful characters to exploit the ones that did exist.”

In the intervening years, Patrick would eventually qualify as a civil engineer, and his company would benefit from a considerable boom in building through much of the ‘90s and the turn of the century, building quality homes right across the emerald isle. When the inflated property prices of the Republic of Ireland in the first decade of the millennium proved to be an illusion cruelly exposed by the credit crunch, his firm was just one amongst a legion of casualties. “At one stage I had 50 men working for me but, like many, I took a fairly heavy fall in 2008, and it was then that I came to England.”

“I was first living in a single room in Manchester where, for around a month, I was taking work where I could. There were companies dropping like flies on both sides of the Irish Sea and they were dark days to be honest. I then migrated to the capital and secured work managing sites in central and east London. It was then that I started writing down my memories in notebooks and, whilst I’ve changed names and timeframes to protect the anonymity of individuals, everything in the book is a faithful depiction of what I have experienced. By confronting the difficult periods and looking back to the happier ones, I found it helped me get through that time.”

If you wish to purchase Patricks book please use this link