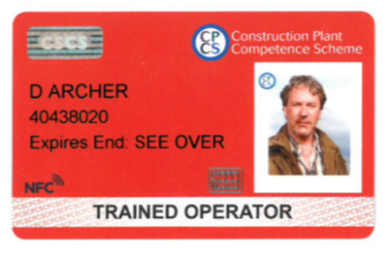 CITB sold the plant operator skills card scheme to educational charity NOCN in 2019 but the transition was far from perfect with training bosses, construction workers and contractors facing massive delays in renewing cards.

The new train body NOCN was forced to make an apology over delays with many in the industry outraged that the failed transition has cost many money and time of work at a difficult time.

The CITB sold CPCS to NOCN with a current legal row over the sale with the latest financial results for NOCN Job Cards for the year to July 31 2020 show the scheme made an operating loss of £332,000.

It commented saying that : “The Boards of NOCN and NOCN Job Cards agreed to enter a legal claim against CITB in respect of the CPCS business purchase contract with CITB, following the failure of discussions with CITB to secure a mutually agreeable settlement.

“This was duly filed at the court and served against CITB on 30 March 2021. An estimate of the financial effect of this legal claim cannot currently be made.

Alison Lamplough NOCN Chair added: “The year has been very challenging for two reasons. One was the significant difficulties with the transfer of the  processing functions and data, which is the subject to an on-going dispute with CITB. The other is the impact of  the Covid-19 pandemic.

“As a result of the significantly lower than expected income levels and data transfer issues in relation to the CPCS  business, NOCN Job Cards has submitted a legal claim against CITB to court in March 2021 in respect of the  purchase of the CPCS business from CITB.”

Braden Connolly, CITB Director of Products and Services, said: “CITB will vigorously defend itself against the claims made by NOCN / NOCN Job Cards in respect of the divestment of the CPCS Scheme in 2019.

” Notwithstanding the proceedings, CITB will continue to work collaboratively with NOCN in the best interests of the construction industry and its workers, as we have always done in the years since the transfer of CSkills Awards, CISRS administration and CPCS schemes to NOCN.”