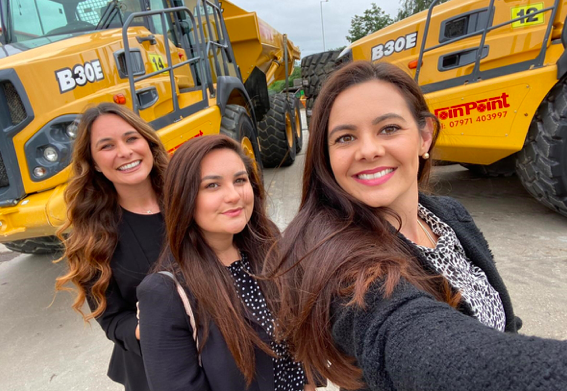 Three sisters set up plant hire firm which is unusual in the construction industry the sisters Hollie, Jade and Ruby Finnegan have secured funding and have started building their fleet of vehicles.

The sister who’s father owns FinniGroup Ltd have gone on to secure funding of £250,000 with Paragon Bank.

The trio are following in the footsteps of their father Paul Finnegan who owns plant hire firm Joinpoint Ltd.

Hollie Finnegan, joint owner at FinniGroup, commented saying: “After seeing the success of our father’s business, we wanted to invest in some plant equipment ourselves and learn more about the family business.

“Even though plant hire and construction has traditionally been male dominated, growing numbers of women are getting involved.

“Everyone we’ve met along the way, from customers to suppliers, have all been lovely and encouraging.”

Terry Lloyd, Head of Construction at Paragon, said: “I have worked with Paul and Joinpoint for many years, so it is great to now be supporting the next generation of his family.

“We understand not only the needs of FinniGroup but also the machinery that Hollie, Jade and Ruby are investing in, which makes a real difference to a customer.”