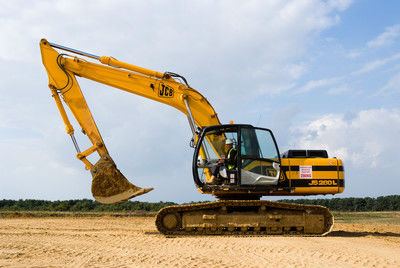 JCB the digger manufacturer, is to axe up to 950 direct jobs and another 500 agency workers, is ‘a slap in the face’ for the hard working people who have made JCB the iconic name it is and the government’s job retention scheme where workers are furloughed to retain their services until the work picks up.

The union Unite said that the company’s statement appeared to indicate that it was walking away from the government’s JRS (job retention scheme), which is now running to the end of October, just as the time comes to put its own hand in its pocket and paying its fair share towards supporting its workforce.

It was only in December that the prime minister used a JCB site in Staffordshire for a bizarre Brexit election stunt when he used a company digger to smash through a polystyrene ‘wall’.

In announcing the job losses as well as sacking an additional 500 agency workers, JCB CEO Graeme Macdonald said: “The Government’s taxpayer-funded Job Retention Scheme, which was a temporary measure that has seen most UK employees furloughed since the beginning of April, was never going to be capable of sustaining employment at companies having to face such reduced levels of demand.”

Unite assistant general secretary for manufacturing Steve Turner said: “JCB is preparing to throw 1,500 workers under the bus just as the government asks employers to pay their fair share towards protecting jobs and keeping the heads of loyal workers above water.

“A major Tory party donor and big supporter of the prime minister – the company seems to be turning its back on measures personally tailored by Boris Johnson and chancellor Rishi Sunak to help the very people that have made JCB a household name here and overseas.

“If this is the case, this a personal slap in the face for the prime minister by a company that has lavished large sums on the Tory party and provided the forum for his bizarre election stunt when he smashed through a polystyrene ‘wall’.

“Boris Johnson should be on the phone this afternoon seeking guarantees that JCB will save those jobs and use the JRS in the way it was designed to protect workers, their families and communities.

“JCB’s announcement is an indication of a much deeper problem however. As the prime minister prepares to make that call, he should line up others to follow as part of the broader national drive to support UK manufacturing.

“We are in desperate need of a clear plan and post-Covid-19 strategy from government to support UK Plc.  Building resilience in our lost supply chains, re-shoring jobs and protecting skills alongside regional economies.

“This is exactly what JCB should be doing to save these jobs. It’s a major exporter as well as domestic supplier and needs to play its part during this national emergency to safeguard manufacturing jobs, bring home its supply chains and spearhead a post-pandemic recovery.”

JCB CEO Graeme Macdonald commented saying that decision to restructure JCB’s business had been extremely hard but that the company “had no choice but to take difficult decisions to adapt to this new economic reality”.

He continued to say that“In 2020 we had planned to sell and produce over 100,000 machines. With so much global uncertainty, that figure right now is looking more like 50,000 machines,” he said.

“In the UK, around 85% of everything we manufacture is exported and our UK factories will now produce machines at half the rate we had planned just a few months ago.

“No business could have anticipated the scale of the COVID-19 crisis and its economic consequences. JCB has had to act quickly for the long-term survival of the business, which has been at the heart of our decision-making throughout this difficult period.”

JCB currently employs around 6,700 people in the UK, including agency employees.

Macdonald added: “The Government’s taxpayer-funded Job Retention Scheme, which was a temporary measure that has seen most UK employees furloughed since the beginning of April, was never going to be capable of sustaining employment at companies having to face such reduced levels of demand.”