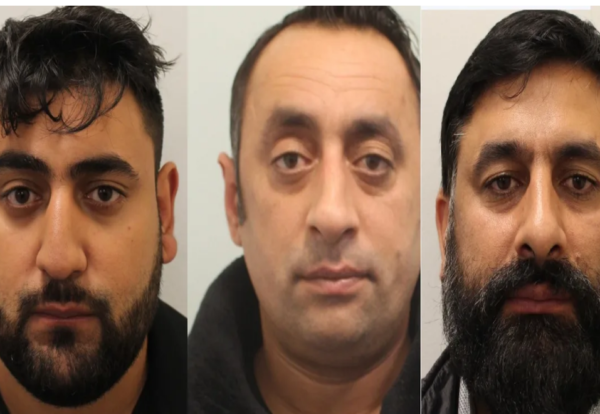 A Romanian crime group organised the exploration and slavery of fellow Romanians, the men have been sentenced to 28 years in jail for construction modern slavery and Proceeds of Crime Act offences.

The men, who are all brothers, were sentenced at Blackfriars Crown Court after being found guilty earlier this week following an eight week trial.

The court heard how between July 2015 and October 2018, the three men worked with other unknown gang members to traffic victims into the UK in order to exploit them within the construction industry.

In September 2017, a Joint Investigation Team made up of the Met’s Modern Slavery and Kidnap Unit, CPS, Romanian Police and Prosecutors, EuroPol and EuroJust was launched in order to investigate the criminal network.

The investigation established that the victims were commonly deceived into travelling on the promise of being paid £500 per 30 days.

They had their identify cards confiscated and were forced to stay in the defendants’ overcrowded and poorly kept houses in East London.

The gang would exploit them by forging construction qualification documents and putting them to work at a number of building sites across London and the Home Counties.

Violence, degrading living conditions and the constant manipulation of the derisory monies paid to victims were key levers to ensure the victims remained subservient.

Throughout the three years and two months’ of offending, the gang generated more than £1.2m by keeping the victim’s wages for themselves through the exploitation of dozens of victims.

On Tuesday, 16 October 2018, 15 search warrants were executed simultaneously between Romania and London.

A total of 33 potential victims of human trafficking (24 men, four women, and five children) were recovered from four of the London addresses and taken into safety.