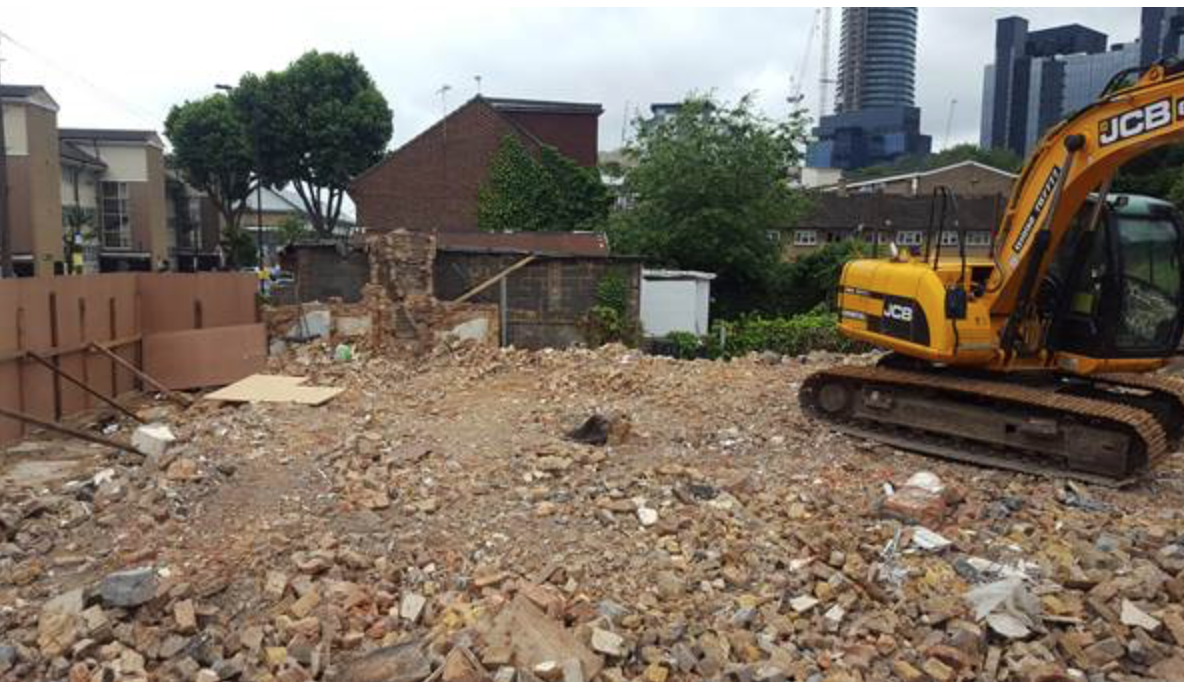 Illegally demolished homes to be rebuilt brick by brick

A council in East London has ordered the owners of three conservation area victorian houses to rebuild them exactly as they were before after they were demolished in one evening.

The property owners who are suspected to have caused or permitted the demolition of the buildings in Coldharbour Conservation Area on the Isle of Dogs, repeatedly refused to give a credible explanation for their destruction during exhaustive enquiries by the council.

The local authority, Tower Hamlets Council has now issued enforcement notices to the owners, giving them 18 months to rebuild the properties.

John Biggs, Mayor of Tower Hamlets, said: “Many local people were understandably distressed by the demolition of these properties. It is right that those who show contempt for our heritage assets and flout the law should face legal action.

“I am pleased our legal action will help remedy the harm the loss of these buildings has caused to the area. It was my view at the time that the owners should be made to replace these properties like for like, brick by brick.”

A council spokesperson said: “Three properties at 2-6 East Ferry Road in Coldharbour Conservation Area have been demolished without planning permission.

“The demolished buildings were considered to be of historical interest, value and importance and should have been conserved.

“A successful prosecution is considered to be in the public’s interest. We believe such flagrant breaches of planning control should not go undeterred and without consequences.”

The owners have just appealed the council’s action. This appeal will be handled by the Secretary of State and interested parties will be able to comment on the appeal once it has formally started.