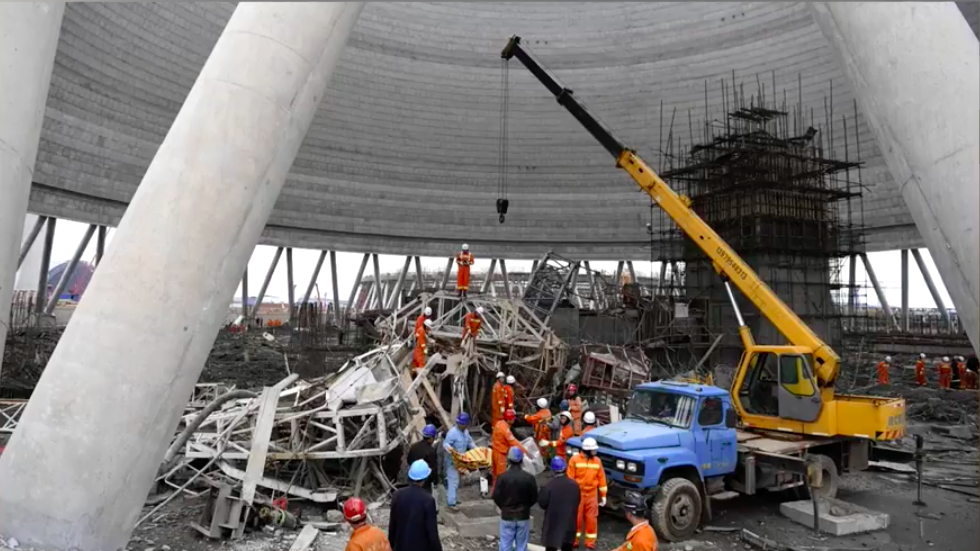 67 people have been killed and many more injured at a power plant in China during construction works, the latest deadly number of industrial accident the country which has poor safety standards for workers.

Virtually all of the 70 people working on a scaffolding tower that was erected during the building of a cooling tower at the power facility died when it collapsed into rubble on Thursday morning.

Two people were injured in the accident at Fengcheng Power Plant, in the southern Jiangxi province, Xinhua said.

“Seventy people were working at the site at 7am when the platform collapsed,” the state news agency added, as it confirmed the death toll of 67 people.

Slabs of concrete and twisted steel metal bars are seen crumpled in a huge building that appeared to be a water tower.

Over 200 military personnel and 32 fire engines are on the scene helping with rescue efforts, the local fire department said on Sina Weibo, China’s Twitter.

Industrial accidents are common in China, where corrupt bosses often cut corners at the expense of worker safety.