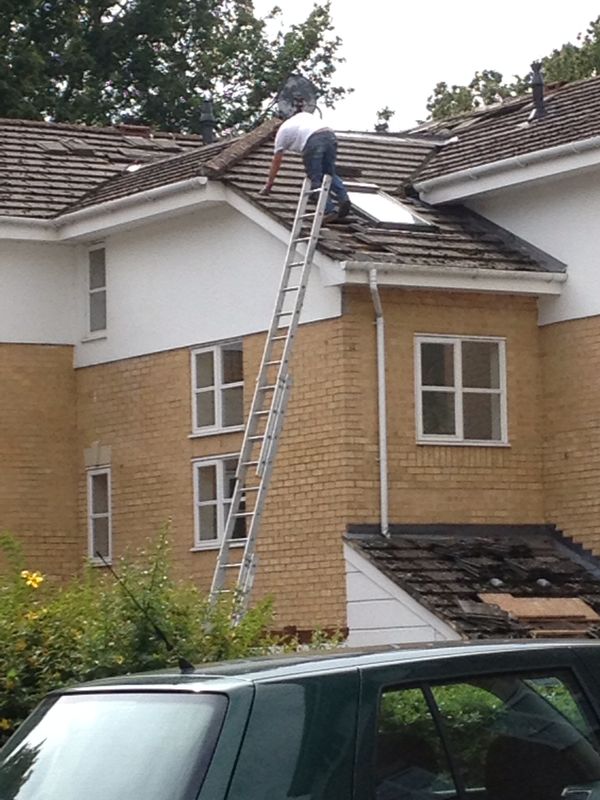 A Bracknell based roofer has been fined for safety failings after a complaint was made to HSE regarding unsafe roof work.

No-one was injured in the incident at Sabine Gates, Old Bracknell Lane, Bracknell on 27 August 2014, however members of the public were endangered by the potential for falling objects.

Terry Colwell chose to carry out the work without a scaffold, working at heights of up to eight metres with no fall protection or falling object protection to protect members of the public.

An investigation by the Health and Safety Executive (HSE) established that Terry Colwell undertook the work for £650. The price of a scaffold would have been between £1400 and £1500.

Terry Colwell, trading as T Colwell Roofing, of Hardwell Way, Harmans Water, Bracknell, was fined a total of £2,000 and ordered to pay £1,966 in costs after pleading guilty to a single breach of the Health and Safety at Work etc Act 1974.

After the hearing HSE Inspector John Caboche said: “This was a serious incident that could have ended in tragedy for Mr Colwell or a member of the public had he fallen or had a loose roof tile been dislodged during the repairs.

“The incident was wholly preventable and could have been avoided had Mr Colwell used a scaffold and not undercut the other roofing company and if the operation been better planned and managed.

“It is essential that roof work is carefully assessed by competent persons, with a plan in place to prevent falls of persons and objects. Roof work remains one of the most dangerous activities in the construction sphere.

“Terry Colwell was fully aware of the dangers of roof work and HSE publishes extensive guidance that is readily-available of how to safely manage this type of work.”

Further information on how to properly manage roof work can be found on the HSE website at http://www.hse.gov.uk/construction/safetytopics/roofwork.htm