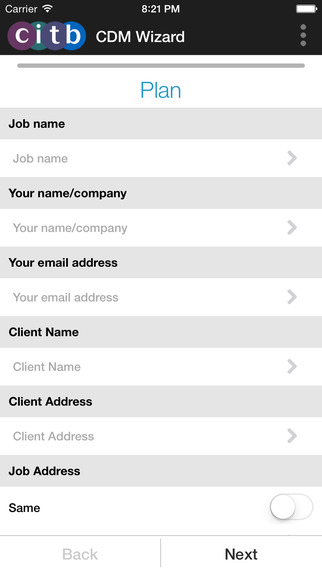 All small builders out there know that health and safety is critical to their business and lack of planning and paperwork can be bad news if an accident happens on your site, to help mitigate HSE issues and make employees and contractors aware of the dangers on any individual site has just been made a whole lot easier thanks to the free CITB CDM Wizard app.

As Professor Billy Hare outlines how the CDM regulations have helped him and his fathers family business.

My father has worked in construction for over 40 years. He worked as a slater and plasterer on mostly domestic projects such as maintenance and refurbishment and house extensions, and laterally as a self-employed builder (the quintessential ‘white-van-man’).

My father has worked in construction for over 40 years. He worked as a slater and plasterer on mostly domestic projects such as maintenance and refurbishment and house extensions, and laterally as a self-employed builder (the quintessential ‘white-van-man’).

During my younger years, I spent some time working with him as a labourer, and I quickly picked up his enthusiasm for construction.

In April 2015, a major change was introduced which is an evolution to the way I do this -the CDM Regulations. These are the main set of regulations for managing the health, safety and welfare of construction projects.

My students are mainly civil engineers, construction managers and surveyors, and part of their learning is technical planning and preparing a construction phase plan.

The CDM Wizard app, which CITB developed to coincide with the new regulations last April, is perfect for helping them complete their plans and meet their obligations under the regulations.

The app enables the students to complete a construction phase plan at a touch of a button, supplying them with a wide range of advice on how to keep construction workers healthy and safe.

The app has gone down so well with my students that one of them actually decided to complete their dissertation around it!

But the app isn’t just useful for me in the classroom.

After getting to grips with the app myself, I introduced it to my dad. He’s in his 60s now, but still works as a builder and, let’s just say, isn’t the most tech-savvy person in the world. However, he was immediately surprised by how easy it was to use. It has really helped him improve his health and safety procedures, and gives me piece of mind, as I know that two thirds of construction fatal and major accidents occur in SMEs.

My dad is one of those ‘one man bands’ who doesn’t always have the time to focus on health and safety as much as they’d like. Which is why I am so pleased the CDM app is there to help him stay safe on-site. Before, he would say “it’s all common sense” or “I’ll just be careful”. But now he has something tangible that he can refer to and rely on.

I know my dad is not the only one to have benefited from the CDM Wizard. In the past year, it has been downloaded over 50,000 times and the regulations over 150,000 times.

I think it’s brilliant that an app can not only help the younger generation, but also older hands like my dad. If you are in the industry and haven’t downloaded the app, I’d recommend you do it.

It’s quick, simple, and will help you stay safe.