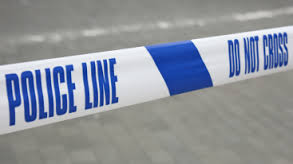 Eighteen sheets of reinforced wire mesh weighing five tonnes fell from a crane onto the worker while being lifted from truck to site.

A construction worker was crushed to death when five tonnes of steel crashed down on top of him at a £2m riverside home in Weybridge it is thought that one of the strops or chains gave way while the lift was taking place.

The worker was believed to have been killed when a crane operating at the building site dropped its load crushing him.

The tragic indecent  took place at around 1.30pm on Monday (February 15) as a construction team neared completion of a large renovation at Wey Meadows in Weybridge.

The property, in a quiet area along the River Wey, was bought for around £900,000 by millionaire businessman Hugh Villiers, 63, who owns marketing agency CMCI Ltd.

For the past five years the two-bedroom property has been undergoing a transformation as part of a project to build a much larger house fitted with a cinema, health spa, swimming pool and jacuzzi.

The construction worker was pronounced dead at the scene but is yet to have been formally identified.

Victor Spink, 77, who lives in the next property along to Mr Villiers’ home, commented saying: “The first I knew something had happened was when I heard the helicopter.

“There were five police cars, two ambulance trucks, a fire and rescue truck has just turned up and then another four cars have appeared.

“In total I have seen down this quiet lane of Wey Meadows about 12 or 15 vehicles. There is a lot of activity here.

“The fire service has turned up with a cherry picker which is sat at the end of the lane waiting for something to happen.

“All I was told by the police constables was that there was a serious accident involving a worker.”

A spokesman for Surrey police said: “Officers attended Wey Meadows following reports that a man had died after being trapped under metal construction materials.

“Police and other emergency services attended the location but the man was sadly declared dead at the scene.

“Officers are working with the Health and Safety Executive [HSE] to establish the circumstances surrounding the death.”

A spokesman for the HSE confirmed: “We are aware of a fatal incident in Weybridge and are attending the site.”

Andy Begg, watch commander at the local Walton fire station, said a crew had been called out to the property.

He said: “There was one male trapped under reinforcing wire mesh, which were about 5m by 3m each, each weighing 71 kilos. The man had 18 sheets on top of him.”

Mr Begg added that “during the [crane] unloading process one of the attachments failed”.

“The load fell so it was hanging but only supported by one attachment and sadly he was underneath,” he said.

“He had quite a considerable amount of the weight across his abdomen.”

A crew from Painshill fire station was also called out with its crane equipment to lift the wire mesh off the victim.

Neighbour Mr Spink described the progression of the house over the past five years, stating that the property had remained unoccupied while its owner, Mr Villiers, tended to business overseas.

“The original house was demolished about five years ago and a pit was dug to make the basement below,” he said.

“Then the new house was delivered from Germany. I think the house inside is finished now. It has a very large basement with a cinema, swimming pool, health room and jacuzzi. It is a big building.”

He added there was usually a small team of workers at the site along with a site manager.

A man working nearby said he had seen and heard the helicopter overhead, adding: “We then got a delivery and the driver asked what had been going on as there were so many ambulances and police cars.

“At about 6pm I left for the day and I saw the HSE there. To have an accident like this happen on any site is awful, but knowing what the owner and site manager are like, being extremely careful, they will be devastated.”