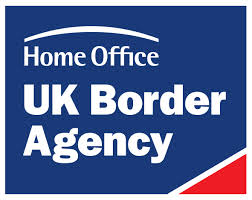 Immigration skills levy of £1000 for every non EU worker

Some larger civil engineering companies are up in arms after the levy was announced in a report by the Government’s Migration Advisory Committee Immigration skills levy of £1000 for every non EU worker per year.

The committee recommended an upfront charge for each migrant employed by companies in the UK with the skills levy expected to be introduced on all firms for each skilled migrant they recruit from outside Europe.

The levy would be raised on any non-EU worker earning more than £30,000 with the view that the levy could raise £250m a year for skills funding, including apprenticeships.

The charge would apply for each year a migrant works in Britain, so a three-year skilled migrant visa would carry a £3,000 charge ordered by the home secretary Theresa May.

The Civil Engineering Contractors Association has warned that the plan warning it would penalize those companies that are delivering the UK’s public infrastructure especially road and rail projects.

Alasdair Reisner CECA chief executive said that the Government often talked about lifting the administrative burden on firms but at the same time was raising costs.

He commented saying that: “The industry is already facing the apprenticeship levy on top of the existing contribution to the Construction Industry Training Board.

“Now we face the prospect of a further burden where we meet unfilled skills gaps through overseas recruitment.”

“Our members are keen to deliver, upgrade and maintain the UK’s vital infrastructure networks using home-grown talent where possible.

“While our members share the Government’s ambition of creating a more highly skilled UK workforce, is it self- defeating to hinder their ability to import skilled workers from abroad when absolutely necessary.

“This could act as a drag on the ability of companies to hire the best people for the job.”